Slovakia's economy is expected to rise at 3.3 percent this year, down from last year's 4.6 percent. 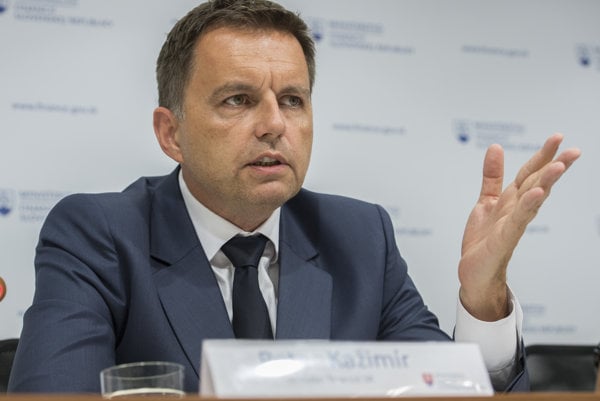 Slovakia may not meet its goal of having a balanced budget in 2019, as Peter Kažimír, new Governor of the National Bank of Slovakia (NBS), has warned.

He served as finance minister and planned the balanced budget for 2019 himself, the SITA newswire reported.

At the same time, NBS has revised its prediction of GDP growth for this year, worsening from 4.6 percent to 3.3 percent.

“The Slovak economy will be growing at a slower pace this and next year than we originally expected,” Kažimír said, as quoted by the TASR newswire.

GDP growth is estimated to drop a further 0.2 percentage points in 2020, and account for only 2.8 percent the year after.

Slovakia may not accomplish its ambition of having its very first balanced budget this year if it fails to adopt new measures, Kažimír said.

Given that the government is not introducing additional measures to boost the economy and the economic situation remains the same, the deficit amounts to 0.7 percent of GDP in 2019.

“We are speaking of different conditions than in September,” said Kažimír, as quoted by SITA. He pointed to Brexit and other economic turbulence in the world economy in the first place. 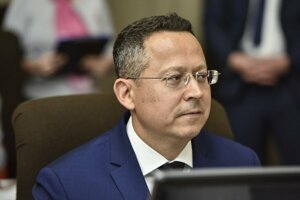 The deficit predictions have been increased for 2020 and 2021 as well, to 0.8 percent of GDP, said NBS deputy governor Ľudovít Ódor, as quoted by SITA.

Employment to grow, but at slower rate

Employment is predicted to grow 1.2 percent this year, but the rate will drop to 0.6 percent in 2020.

“The dynamics of employment growth will be decelerating because of the lack of labour force and ageing,” Kažimír said, as quoted by TASR.

The nominal wage will increase 6.7 percent in 2019 as well, but is expected to grow at a lower pace in the following two years. Real wages will be rising as well in a similar manner.