Slovakia now has a square named after Masaryk

It is the first public space in the capital to be named after this important Czechoslovak politician. 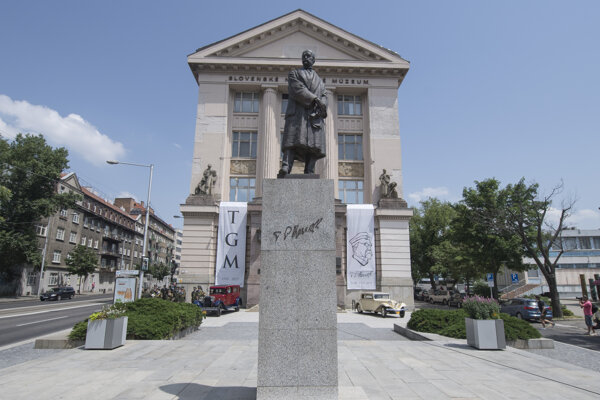 The square in front of the Slovak National Museum will bear a new name. It will be named for the first Czechoslovak president Tomáš Garrigue Masaryk from June 15.

The ceremonial opening, which was the last official act of Andrej Kiska as Slovakia’s president, took place on June 13. It was organised by Bratislava’s Old Town borough in cooperation with the Czech Embassy in Slovakia, the TASR newswire reported.

Although we already have democracy, we still need real Democrats, Kiska said during the ceremony. He called the idea to name the square after Masaryk an act of honour and the result of years of effort, as reported by TASR.

Old Town Mayor Zuzana Auftichtová stressed that a personality like Masaryk deserved more square metres, but the space in front of the SNM is the most Czechoslovak one that can be found in Bratislava. The reason is that groups of people honouring Masaryk have been meeting there for the last 30 years, TASR wrote. 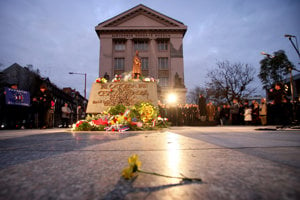 Read also:Bratislava will have a square named after Masaryk Read more

The idea was approved by the Old Town councillors in 2018 to honour the Czechoslovak president on the occasion of the centenary of the establishment of the first Czechoslovak Republic. The Bratislava city councillors greenlighted the initiative this February, TASR wrote.

The new T. G. Masaryk Square is the first public space in Bratislava named after this important personality.

Read more articles by the topic
This article is also related to other trending topics: Tomáš Garrigue Masaryk