Volkswagen has a new collective agreement that ensures employment

It will be valid for four years. 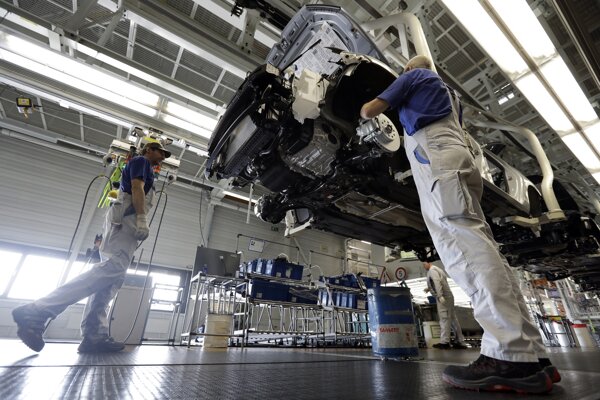 Bratislava-based carmaker Volkswagen Slovakia and Modern Trade Unions Volkswagen made a deal over a new collective agreement that will be valid for the following four years. The current agreement will expire next month.

They agreed on a gradual increase of tariff salaries and benefits, as well as a five-year guarantee of employment and the prolongation of a break by five more minutes. All the advantages from the previous collective agreement will remain valid.

“I am glad that we, together with trade unions, succeeded in constructive and fair negotiations, and through their result, we send a positive signal to Volkswagen that we are a stable and competitive plant,” said Sebastian Krapoth, a member of the board of directors of Volkswagen Slovakia, as quoted in the press release.

The result reflects the co-responsibility of trade unions and the plant for the future of the company, Krapoth added.

Zoroslav Smolinský, chair of the Modern Trade Unions, opined that with the new collective agreement, they ensured good working conditions for employees, especially in recent hard times for Volkswagen Slovakia and the automotive industry.

“Our agreement can be an inspiration for other companies,” said Smolinský.

The previous contract led to the very first strike that took place in the Bratislava-based plant back in 2017. It took six days and was historically the first strike in the plant.