The time for a radical change is now! Peter Kolesár, Partner, Civitta Slovakia, maps out the necessary steps on the path to an innovative economy, Slovakia's chance to remain competitive and mitigate a looming structural crisis. 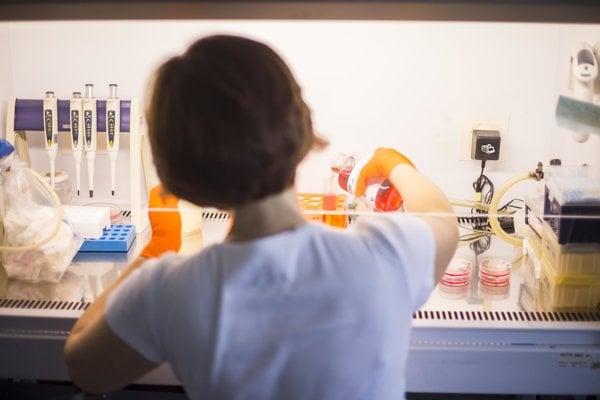 AmCham has been instrumental in Slovakia’s economic transformation in the last decades and plays a role in addressing many of the current challenges. It is actively shaping the solutions by having founded the Slovak AI platform, advocating for stronger R&D spending and collaboration, and a series of its human capital pillar activities. Given the magnitude of structural challenges ahead of the Slovak economy, the Chamber’s role is perhaps more important than ever before.

Digital transformation has become a popular narrative for corporates and governments alike - for a good reason. The average lifespan of companies listed on S&P index has decreased dramatically over the last decades and, statistically, it’s likely that a large corporate will not outlive an average high school graduate if it does not adapt to the digital age. As for governments, those that invest into R&D and innovation tend to be economically more successful in the long run. Research of 28 countries over a 10-year period shows that for every 1% of GDP invested into R&D the real GDP growth rate increases by 2.2% (Mladenovic, 2016).

Even though Slovakia has been doing well economically in terms of GDP growth (European Commission, 2018), the country significantly lags behind the EU and V4 in almost all innovation indicators. In terms of R&D spending, Slovakia invests only 0.88% of its GDP compared to the current EU average of 2.07% and 2020 EU target of 3% (European Commission, 2019a). Moreover, Slovakia has the fewest EU patent applications out of the V4 countries – 9 per million people per year, with the EU average being 112 (Beauchamp & Skala, 2017). The latest European Innovation Scoreboard for 2019 confirms this gloomy picture, as Slovakia scored the worst in the areas of Intellectual Property and Financial Support (European Commission, 2019b). According to OECD, the divergences in innovation capacity between top and bottom EU innovators, such as Slovakia, have been growing since 2007.

There are two additional tendencies in play that provide reasons for concern over the future growth of our economy: first, OECD reports that Slovakia has the highest proportion of jobs threatened by automation and AI out of all OECD countries (OECD, 2018a). Second, the automotive industry will change more in the coming years than it has in the past hundred. Three trends - electric, shared and autonomous – will change the face of the sector with car manufacturing in Slovakia taking a heavy hit. Car makers are already cutting jobs in manufacturing and creating jobs in digital technologies (Kvasnak, 2019).

The time for a radical change is now

For Slovakia to remain competitive and mitigate a looming structural crisis, we need to focus on four imperatives: