Tanker destroys historic wagon that is more than 100 years old 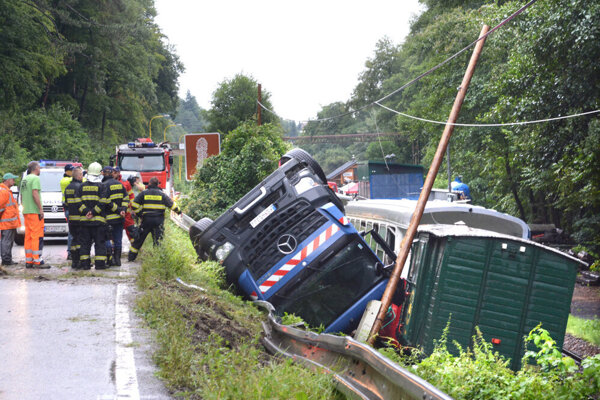 The driver of the tanker skidded on a wet road on August 14, broke through the crash barriers and turned over two wagons belonging to the Košice Children's railway at Čermel station.

“One of the wagons is an historic example, more than 100 years old, and the second is our newest asset, on which we have been working for several years. Its premiere was just this Sunday,” said Ľubomír Lehotský, chairman of the civic association of the Košice Children's Historic Railway, as quoted by the Korzár Sme regional daily. 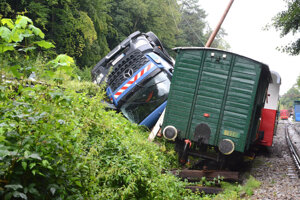 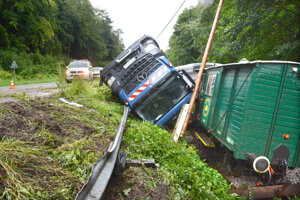 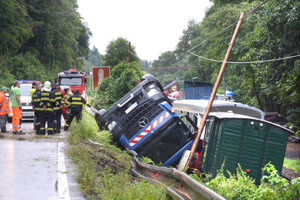 The historical wagon dates back to 1886 and was on the list of technical monuments.

“The wagons are certainly immobile,” he said, as quoted by the regional daily. “We cannot estimate the damage, but probably it will be about €100,000, maybe even more.”

A careful inspection will provide more details. The police estimated the damage at €200,000. The railway siding is also damaged but this does not influence the operation of the railway.

No money for the repairs

The driver suffered minor injuries and was taken to hospital.

Lehotský said that they have warned about this part of the road in the past.

“In bad weather, cars collide with the crash barriers several times per week,” he said, as quoted by Korzár Sme. "They do not even call the police."

Removing the tanker and straightening the wagons required the assistance of a crane. The length of time it will take to repair the wagons and the railway is not known for now, but Lehotský is afraid that there are no funds available. He believes that the liability car insurance policy will cover the costs.