Lightning probably struck Danko’s pole in front of the parliament

Meteorologists warn against storms and potential floods that may occur in the following days. 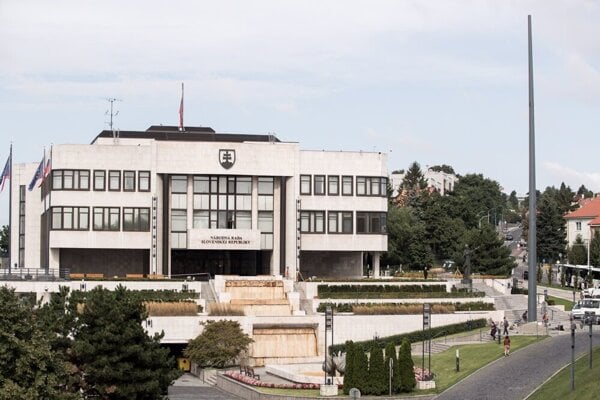 A new flagpole was erected on August 14 in front of the Slovak parliament building in Bratislava. (Source: Sme)
Font size:A-|A+33

Strong storms with intensive lightning struck western Slovakia during the night between August 24 and 25. About 9,253 bolts of lightning hit between 2:00 and 5:00, according to the iMeteo.sk website.

One of them might have struck a flagpole that has been recently erected in front of the parliament building, following an initiative of Speaker of Parliament Andrej Danko, iMeteo wrote on its Facebook page, referring to the pictures taken by Adam Kováč.

“I was deliberately taking pictures of the sky with lightning,” Kováč said, as quoted by the TVnoviny.sk website.

The Slovak Hydrometeorological Institute (SHMÚ) meanwhile issued several weather warnings for the beginning of the week.