History class: The SNP explained in under 30 minutes

J. Thomson breaks down the Slovak National Uprising for foreigners. 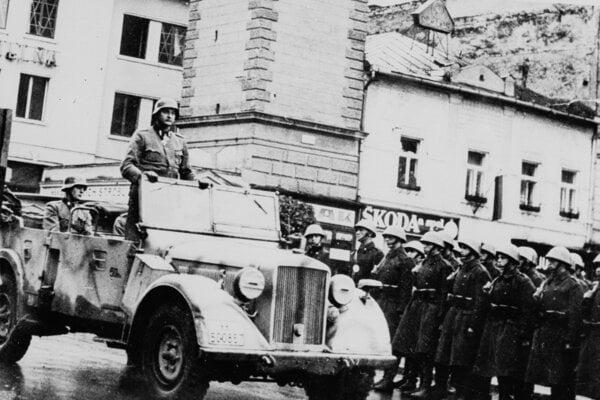 After several months of preparation the Slovak National Uprising began in late summer 1944, on the eve of the German invasion of Slovakia.

At 20:00 on 29 August 1944, in response to the rapid occupation of the wartime Slovak state by Nazi forces, Army Colonel Ján Golian sent out a message that launched the uprising. It was to last 60 days.

There were several reasons, military and political, that triggered the SNP. But did the battle against Slovakia’s fascist government and Nazi Germany succeed? And why did central Slovakia become the centre of the SNP?

For the answers, listen to this week’s episode of the Spectacular Slovakia podcast, featuring James Thomson.