We voice what is hurting, says Karol Wilczyński, one of the founders of Islamista. 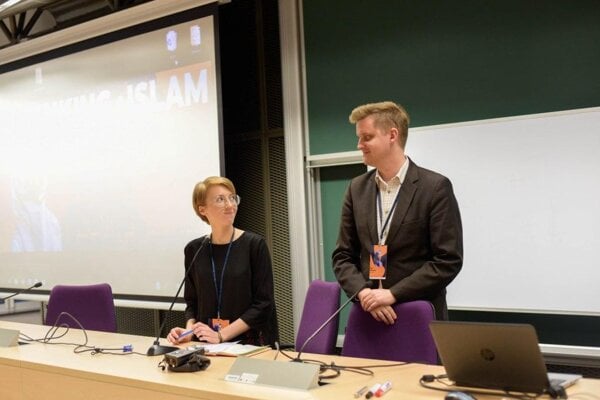 Anna and Karol Wilczyński during the international conference Rethinking Islam co-organised by them in Cracow, Poland in 2019. The conference gathered experts and practitioners on the issues of Islam and migration and was aimed at discussing the current issues of social integration and diversity. (Source: Klaudia Kaszyca)
Font size:A-|A+  Comments disabled

In the southeastern Polish city of Rzeszów, a woman is pushing her baby son in a pram down the street when an aggressive man tries to push the pram over, yelling “Heil, Hitler!” and “white power”. He even makes death threats against the Polish woman, who is wearing a hijab, and her son. There are several passers-by, but no one comes to the victims’ defense.

This incident occurred on August 2, 2019, one day after the 75th anniversary of the Warsaw Uprising, when the Polish underground resistance, led by the Home Army, liberated Warsaw from German occupation. On that day, Poles fought against hate, against racism and religious discrimination, advocating for the inclusive and democratic Poland they envisioned. 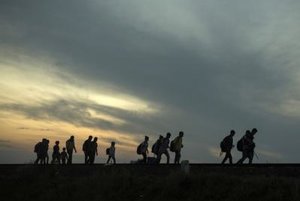 Related article Love Thy Neighbour: How the Church of Sweden advocates for people on the move Read more

Together with her husband Karol Wilczyński, Wilczyńska co-founded Islamista, a blog on Islam, where they also report on incidents like these in which Muslims, refugees and other minorities in Poland are attacked, mistreated or underrepresented.

“We always voice what is hurting. We do not try to hide it inside us; we always speak out,” said Wilczyński, who lives in Krakow with Wilczyńska.