Take a look at the winning series a Sme daily photographer took on election night. 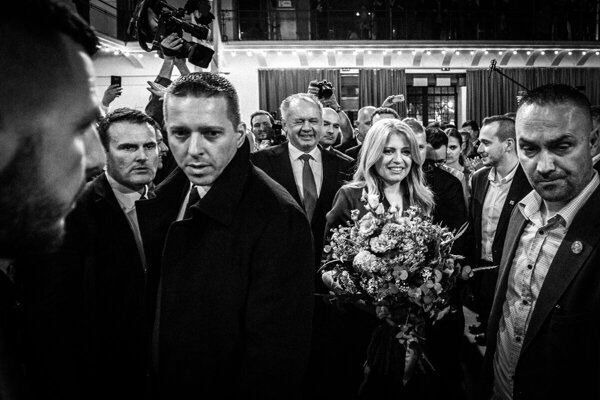 Sme daily photographer, Jozef Jakubčo, won the Grand Prix of the Slovak Press Photo contest with his photo A Night with the President.

Jakubčo became the winner of the eighth year of the competition. The photo is part of the series from election night, the Sme daily reported.

Slovak Press Photo director Jana Gavorldtová said that almost the same numbers of photos applied to the competition as in the last year, when some 2,672 photos were entered.

Fréderique Rondet, photo editor of the French daily Liberation and a member of the jury, would like to bring in even more photos to the competition.