Jankovská yields to pressure and resigns

State secretary stepped down on the heels of the Threema scandal, but insists she never communicated with Kočner. 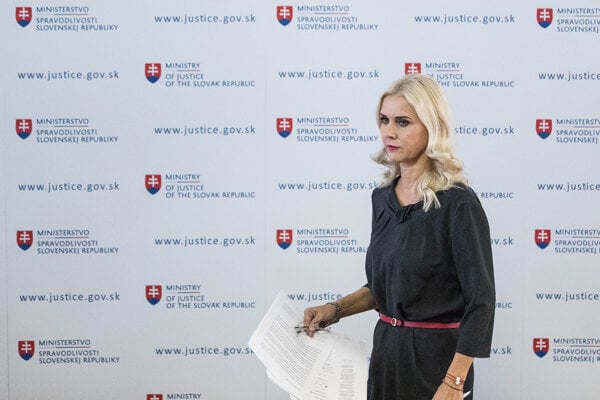 Monika Jankovská, a nominee of the ruling Smer party, resigned from the post of state secretary at the Justice Ministry which she has held for almost eight years.

"Neither the justice minister, nor the prime minister, nor the party chairman pressured me into resigning," Jankovská told the September 3 press conference. "It was my own deliberate decision, due to the great pressure created against my family. I can handle the pressure, but my family cannot." 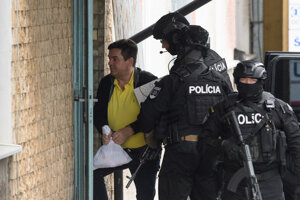 Jankovská's name appeared in the leaked transcripts of the Threema communication the police obtained from the phone of Marian Kočner and that the Denník N and Aktuality.sk have been publishing in recent weeks.

The private broadcaster TV Markíza reported earlier that Jankovská and Kočner exchanged a thousand messages between autumn 2017 and June 2018, when Kočner was detained and put in custody over the promissory notes case.

Jankovská denied communicating with Kočner and repeatedly stressed to journalists that this was "swinery" and a "lynching". The only reason she was stepping down was her family, she stressed.

On August 22, the police seized the phones of Jankovská and several judges, including her sister. The police acted only days after the prosecutors overseeing the investigation of the murder of journalist and his fiancée announced that the messages they found Kočner’s phone would lead to further investigation. The police also called on people who are aware of their involvement to come forward and cooperate with the police.

The opposition has been calling for Jankovská to step down ever since, and the OĽaNO MPs have submitted a motion to hold a no-confidence vote in PM Peter Pellegrini (and thus his whole government) due to Jankovská.

The session is planned to take place on Friday, September 6. OĽaNO leader Igor Matovič stated that they will proceed with the vote despite Jankovská’s resignation.