The new campaign informs the public about specific actions they need to take to secure their rights and services in their host country. 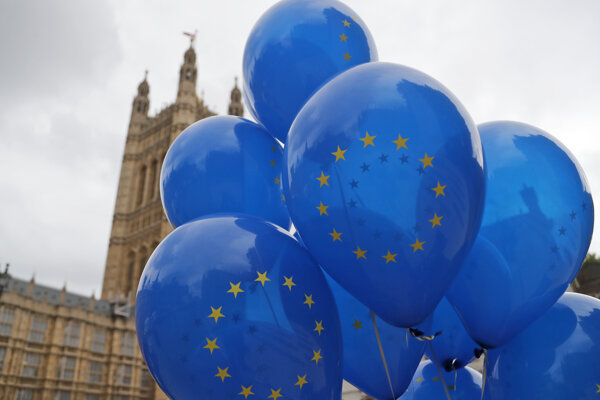 A Pro EU protestor holds balloons opposite parliament in London, on September 9, 2019. British Prime Minister Boris Johnson voiced optimism on the same day that a new Brexit deal can be reached so Britain leaves the European Union by October 31. (Source: AP/SITA)
Font size:A-|A+18

The UK government launched a major information campaign urging UK nationals living in and travelling to the EU to take steps to get ready for Brexit on September 16. The country is expected to leave the EU on October 31.

“We are stepping up efforts to ensure Britons abroad are prepared for Brexit on October 31,” said UK Foreign Secretary Dominic Raab, as quoted in a press release. “This campaign provides practical advice to the more than one million British people living in the EU, as well as British tourists and business travellers.”

The information campaign will inform the UK nationals living in the EU about specific actions they need to take to secure their rights and services in their host country, including information on residency, health care, driving licences and passports.