Čaputová in Ukraine: Every country can freely choose where it wants to belong

The Slovak president appreciated the reform efforts in the country. 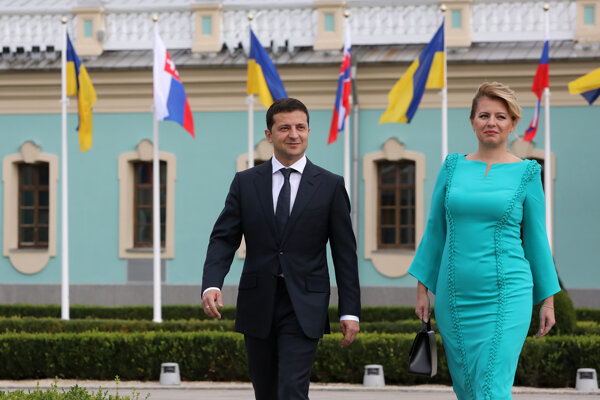 President Zuzana Čaputová has visited the last of Slovakia’s neighbours since being appointed to the post: Ukraine.

During the meeting with her Ukrainian counterpart Volodymyr Zelensky on September 16 in Kyiv, she expressed support for the country’s pro-reform efforts. She also appreciated Zelensky's priorities, which include strengthening the rule of law, justice, judiciary and the fight against corruption, as well as his constructive approach and efforts for a meaningful dialogue concerning the conflict in eastern Ukraine.

“I’m deeply convinced that every country can freely choose where it wants to belong and how it will develop,” the president said, as quoted by the SITA newswire, adding that Ukraine demonstrated five years ago that it wants to belong to the Euro-Atlantic space. “It’s necessary to respect this decision.”