This amazing panorama of 22 Tatra peaks was taken with just a mobile phone. 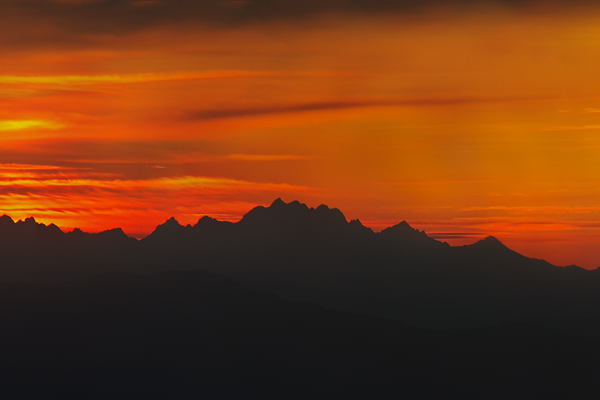 It is not always necessary to have a great camera to hand to capture a breath-taking moment. Czech astronomical photographer, Petr Horálek, had only a mobile phone and binoculars when he captured this panorama of the High and Belianske Tatras during sunset.

Horlálek was on the Lysá Stráž peak (697 metres above sea level) near Prešov. The Tatras are about 80 kilometres away from Lysá Stráž, the Tech Sme reported.

He captured this great view thanks to the ideal conditions. There was less dust, few clouds and little humidity in the air. Moreover, when viewed from Lysá Stráž, the Sun only sets behind the Tatras in March and September.

Panorama of High and Belianske Tatras with names of peaks (Source: Courtesy of Petr Horálek)

Because he did not have a camera handy, setting his mobile phone to the visual field of his binoculars proved difficult. He took eight photos and later put them together in a panorama on the computer.

Horálek said that similar views could be seen more often at this time of year as autumn comes slowly, and with autumn there is clearer air and less dust than in summer.