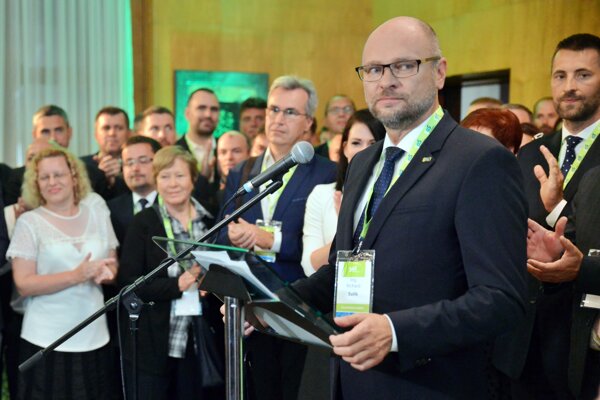 Internal problems in the opposition Freedom and Solidarity (SaS) party just months before parliamentary elections are sending voters a poor signal about the wider opposition’s ability to unite against the current governing coalition, political experts have said.

Until relatively recently the country’s strongest opposition, the centre-right party has become engulfed in an open struggle between leader Richard Sulík and other members, most notably vice-chairman Ľubomír Galko and MP Jozef Rajtár.

Signs of party discord first appeared in the summer after Sulík organised a special congress to elect the party’s chairman – a move criticised by some political observers as being unnecessary so far ahead of elections.

When Sulík was re-elected to the post, a group of unhappy party members announced they were setting up their own political platform, called Democratic Core, within the party.

At a press conference on September 26 ahead of a special congress early next month to determine the party’s final list of candidates for elections in February, Sulík made clear he does not want anyone from Democratic Core on the candidate list, and asked Galko and Rajtár to leave the party.

It is unclear whether they will leave, although their comments after the press conference suggested they would.