Harabin’s party may attract the voters of far-right ĽSNS, as well as those of SNS and Smer. 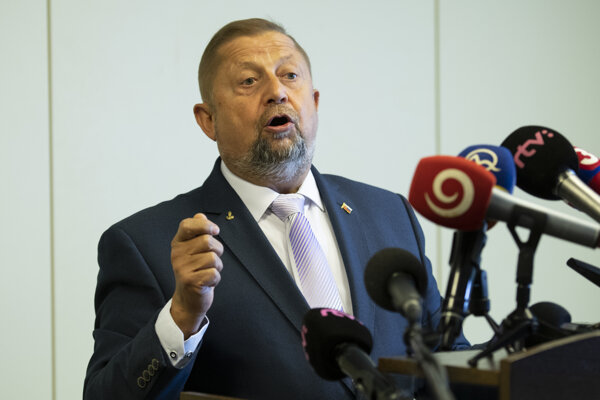 Supreme Court Judge and failed presidential candidate Štefan Harabin is ready to jump into the political waters again. He introduced his new party, called Vlasť (Homeland), and is ready to fight in the 2020 general election, the Sme daily reported.

The party, which was created by renaming the already existing party, Strana Občianskej Ľavice (The Civic Party of the Left), already has a slogan: “Justice for all”.

There have been speculations over Harabin entering politics with his own party for some time. The thought first appeared after the presidential elections, when he placed third with 14.4 percent of votes.

However, he said back in March that he had no intention of founding a party.

“I feel that I cannot stand aside anymore,” Harabin said at a press conference on October 1, as quoted by Sme. It is necessary to protect Slovakia against “junkies” and “paedophiles”, he added.

Harabin did not respond to journalists’ questions and left the room with words: “I am going to work for my homeland”. He added that Slovakia is in a bad condition and threatened by corruption.

A battle for the electorate

“Our homeland, Slovakia, has been stolen by a political caste,” Harabin said, as quoted by the Denník N daily.

He named for example Smer leader Robert Fico, ex-president and chair of the Za Ľudí (For the People) party Andrej Kiska, and the Slovak National Party (SNS) leader Andrej Danko. However, he did not mention far-right politician and People’s Party – Our Slovakia (ĽSNS) leader Marian Kotleba.