Reconstruction of the Slovak National Gallery closer to completion

Reconstruction of the gallery will last longer and cost more than originally planned. 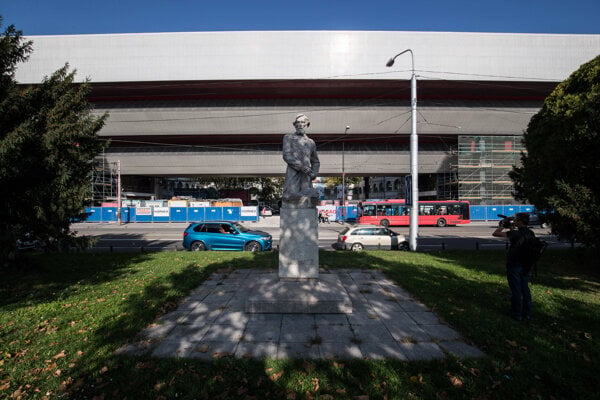 In March 2001, Katarína Bajcúrová, former director of the Slovak National Gallery (SNG), closed its modern extension with a heavy heart due to its desperate conditions. The gallery lost not only more than half of its exhibition spaces, but almost one entire generation of Bratislava citizens and visitors had no opportunity to enjoy this exceptional exhibition space. The reconstruction of the extension, called Bridging, is now only part of the extensive rebuilding of the SNG premises on the Danube embankment launched in January 2016.

“It’s fascinating to watch the façade of the Bridging under different light conditions – its colour is constantly changing,” said SNG general director Alexandra Kusá, when reporting on the progress of the refurbishment project. “This says a lot about what light means in architecture and shows how much effort we have dedicated to the new look of the gallery.”

The reconstruction of the SNG is not only about patching holes in the roof or putting new panelling on the walls, but she hopes that it will once serve as a positive example of how to approach modern architecture from the 1970s.

“We see the reconstruction of the SNG not only as the repair of dilapidated buildings, but as a complete restart,” said Kusá. “It is a unique opportunity to show what it means to be a modern gallery and cultural institution in the digital age.” 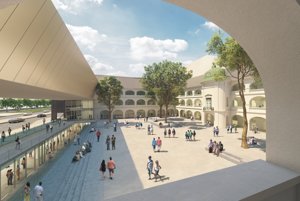 The premises of the SNG in Bratislava originally consisted from the 18th century baroque military barracks, extensions from the 1970s designed by prominent Slovak architect Vladimír Dedeček and the already reconstructed Esterházy Palace. During the current refurbishment, the baroque as well as Dedeček’s parts are being reconstructed with a new central depository, a multi-functional hall, an atrium and public spaces under construction. The refurbished Bridging will provide, besides excellent exhibition premises, a unique view of the Danube River, something that was not possible before. New air conditioning, new piping and electricity mains are part of the project. 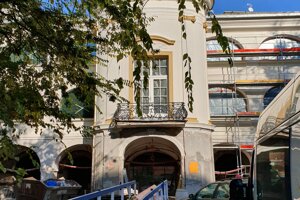 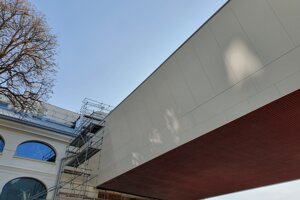 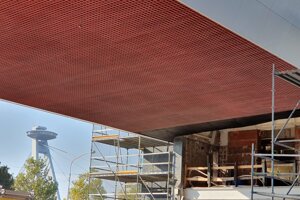 If Kusá were to select one characteristic of the refurbishing process of the SNG, she would pick public spaces.

“We want to open the entire premises of the SNG to the public, including the popular Summer Pavilion, Karol Vaculík Square, new Travertine Garden and arcades,” said Kusá.