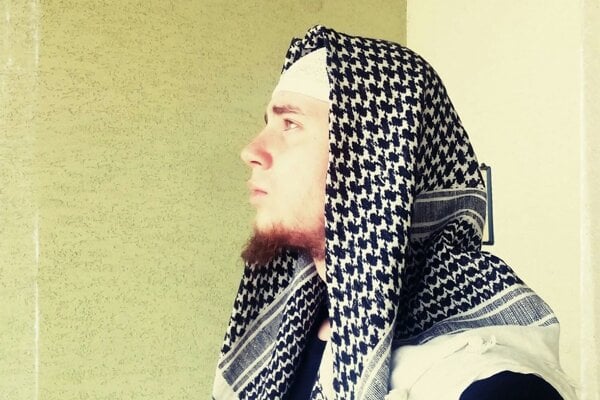 Dominik Kobulnický, who changed his name to Abdul Rahman, is the first Islamist from Slovakia to be jailed for the propagation of terrorism (Source: FB Abdul Rahman)
Font size:A-|A+385

The first Slovak citizen to become an Islamist was sentenced to prison for terrorism, in the Czech Republic.

The Prague court jailed 26-year-old Dominik Kobulnický from the eastern Slovak village of Šarišské Michaľany, for six and a half years and extradited him to Slovakia on November 15, the Denník N daily reported.

“It offends me that such dirt is thrown at me,” Kobulnický said in court, as quoted by the daily. “I hope my name will be cleared.”

Although the Slovak citizen was charged with the preparation of a terrorist attack, he was sentenced for the propagation of terrorism and being a general threat. He can still appeal, though.