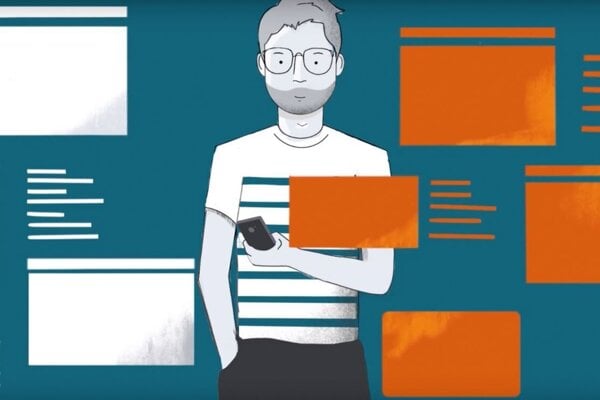 Checkbot from Slovakia, running on Facebook Messenger from March 2019, aims to educate Slovaks about and warn them against disinformation (Source: Checkbot)
Font size:A-|A+108

“The main goal of Checkbot is not to stop the spreading of disinformation,” teacher and activist Juraj Smatana, who is one of the creators of Checkbot, told The Slovak Spectator.

The chatbot communicates only with people who want to engage in conversation with it and acknowledge the issue of fake news, Smatana added.

In Slovakia, as much as 45.4 percent of people tended to believe conspiracy theories in 2014, the Slovak Academy of Sciences (SAV) claimed after it had 1,156 Slovaks surveyed by the Focus agency within ISSP research.

The Slovak chatbot can uncover some misinformation, using two online databases: Konspiratori.sk and Blbec.online. It also navigates users to detect manipulation in articles and learn more about fake news through several questions concerning an author, the origin of a photo, and hateful statements. 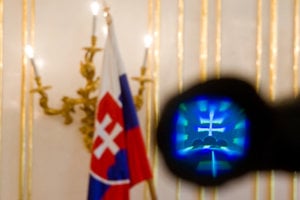 Related story:Which groups of Slovaks believe in conspiracy theories the most? Read more

“It never tells you whether it is true or not; it just helps you decide for yourself,” Seesame PR expert Dávid Benedig said.

In addition to the chat algorithm, Checkbot can actively enter into discussions below articles published by disinformation media, when commanded by a person, and can thus warn against fake news.

“Once you go through that educational process, it will stick with you and you will be capable of sharing that knowledge with everybody around you,” Tomáš Kriššák of the Open Society Foundation, who co-created the chatbot, told The Slovak Spectator.

For instance, young people can teach their parents and grandparents, who may not necessarily be Facebook users, about the dangers of fake news. Smatana also uses the tool during debates on disinformation and propaganda with students at different types of schools.

Checkbot was born when the organisations behind the project realised people had been asking the same questions during workshops on disinformation they have held at schools and festivals.

A number of improvements have been made since its launch. “The biggest upgrade may be the fact that Checkbot is now able to check trustworthiness of an author of a Facebook post,” claimed Benedig. “At the start, we were only able to check links outside of Facebook.”

it knows how to check the origin of articles published outside of Facebook and learn more about the authors of the Facebook posts in question,” claimed Benedig.

As much as 45.4 percent of people tended to believe conspiracy theories in 2014.

The tool has checked more than 11,000 links and is in touch with more than 10,000 Facebook users in Slovakia. Checkbot’s activities have not only reached the European Parliament, but also half a million Slovaks on Facebook. A total of 2.7 million Slovaks use the social media platform today.

“Checkbot has also impressed the Debunk.eu organisation that uncovers fake news in the Baltic region,” Benedig told The Slovak Spectator.

The organisation possesses unique artificial intelligence (AI) technology, which will be a part of Checkbot. Its Lithuanian version should thus be smarter, Benedig went on to say.

When the chatbot was launched in March, its creators also said they would export the tool to the Czech Republic since one of the databases checks Slovak and Czech disinformation portals simultaneously.

The Facebook tool is positively perceived by the Youth Council of Slovakia (RMS) even though the Council does not promote it among the youth, RMS head Katarína Batková told The Slovak Spectator.

Today, only 16 percent of young Slovaks, ages 15 to 24, verify information by checking multiple sources, the RMS survey from 2018 showed. In addition, only 56 percent trust traditional media.

“Our survey revealed that young people check information mostly in the circle of their friends, acquaintances and family, so there may be so-called information bubbles around them,” Batková claimed. A thousand young Slovaks were surveyed.

Although the Slovak chatbot is a suitable tool to burst these bubbles, the RMS said, schools should draw more attention to media literacy education as well. 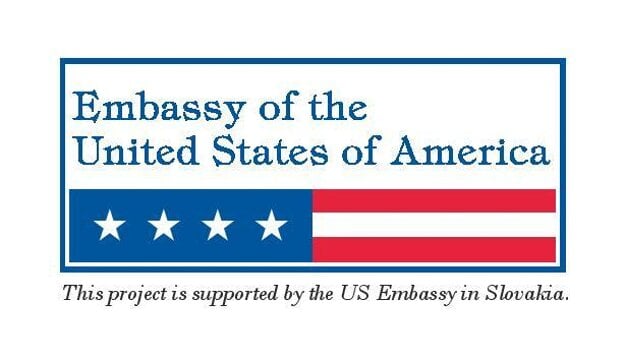 Thank you for singing up. Shortly an email will be sent to the address you provided to verify your e-mail.
Error! Please try to register again later, your e-mail was not registered.
Your email is not in a correct format.
Please confirm you are not a robot.
Share on Facebook (108)Comments disabled