On threats and the need for information

Super-long moratorium on polls gets another green light from the ad hoc coalition of Smer, SNS and ĽSNS. Here is what happened in Slovakia over the past seven days. 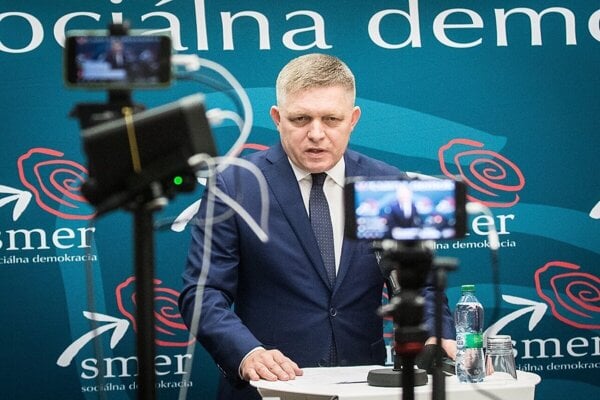 Robert Fico talks about the Smer's 2020 election slate as unusual. No political party has submitted its slate officially as of Wednesday. (Source: Sme)
Font size:A-|A+7

On the day when the November AKO poll showed that five parties of the democratic opposition could put together a fragile ruling coalition without the need to court Boris Kollár, the three parties that have worked very well together as an ad hoc coalition - Smer, SNS, and ĽSNS - broke the president’s veto on the law that introduces the 50-day moratorium on opinion polls.

The law is set to become effective in January. This means that as of January 10, only parties or organisations that commission polls will be informed about the pre-election sentiments of voters, but they will not be allowed to share that information publicly.

PM Peter Pellegrini (Smer) expects the law will "clash with reality", and added that in the digital world, polls will make their way to people one way or another.