The memorial was designed to serve as a stage for rallies in case of need. 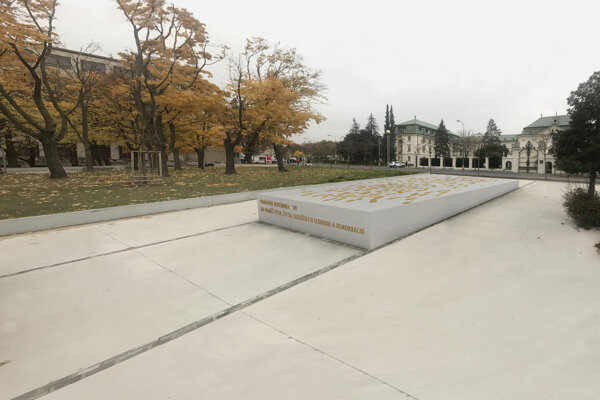 Thirty years have passed since the Velvet Revolution and Bratislava still has no distinct memorial commemorating this key moment in Slovakia’s history.

This will change next year when a memorial marking the events is built on Námestie Slobody Square (Freedom Square). The memorial facing the building of the Government’s Office will have a low platform design with hundreds of bronze shoeprints.

“It might seem late and it is probably late, but some decisions simply need time,” Bratislava Mayor Matúš Vallo told The Slovak Spectator.

The idea of a memorial came from the Initiative for the Memorial of Democratic Revolution 1989.

“We want to remember that power comes from citizens, who rose up on the streets and squares of Slovakia against illegitimate state violence, for human and civil rights and freedoms,” said Ján Budaj, one of the Velvet Revolution leaders who is behind the initiative.

Námestie Slobody used to be at the periphery of Bratislava until the 20th century. During the previous regime it was named Gottwaldovo, after Klement Gottwald, the so-called workers’ first president of communist Czechoslovakia and actually one of the biggest criminals of that time. His 6.8-m high sculpture was erected in 1980, just a few metres from where the Velvet Revolution memorial will be built. The sculpture was removed by a blast after the fall of the regime in 1990.

The city council approved the idea of the memorial in 2014. Afterwards the initiative promulgated an open architectural tender for the design. Earlier this year, a jury chose the winner out of six designs that advanced from the first round. The winners are architects Emanuel Zatlukaj and Branislav Lackovič and sculptor Jakub Trajter. They based their proposal on the shoeprints of protesting masses as a universal symbol of civil protest, neither stepping back nor descending to violent revenge, thanks to which the revolution was named Velvet Revolution.

The jury has acknowledged the winning proposal for its non-pathetic horizontal form, which is not disturbing and instead fits the architecture of the square. By its design it avows the memorial Gate of Freedom in Devín marking victims of the Iron Curtain.

The memorial will be built on the square that held the first large rally of students. The Public Against Violence (VPN) movement as a civic platform opposing the official regime was introduced on November 20, 1989. From here, they marched to Hviezdoslavovo Square. Here VPN representatives presented their first statements and requirements. 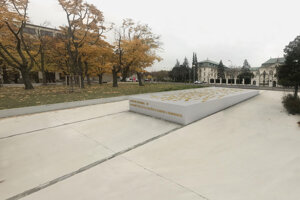 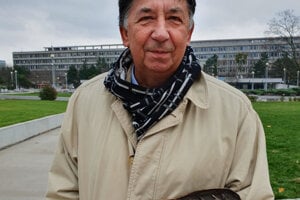 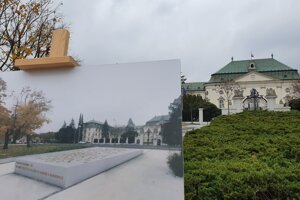 Memorial of Democratic Revolution 1989 (6 photos)
Sorry, you have just exceeded the allowed number of devices
This subscription grants access to the locked content of Spectator.sk and SME.sk for only one person through a maximum of three different devices or browsers.
To continue reading the article on this device, please update the list of devices in the profile settings.
Administer devices
You can read everything about device settings here.