Outside the Culture Ministry, there are a number of schemes under the auspices of other state bodies which are, in theory, available to the creative industry. 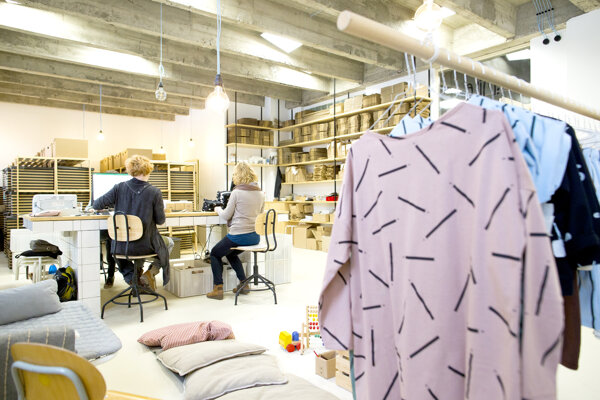 Creative arts have a long history in Slovakia – almost every Slovak knows the houses in Čičmany adorned with folk-themed artwork, or the award-winning international film director, Juraj Jakubisko, to name just a few examples. But Slovakia’s creative industry, unlike in other countries in western Europe, has developed slowly since emerging a little more than a decade ago.

The reason behind this, according to Slavomíra Salajová of the Creative Industry Forum (CIF) – an association of groups supporting the creative industry – is that too much focus has been put on simply distributing financial support to the industry, while more needs to be done to promote and develop it.

While legislation on the industry and its funding has been passed, nothing else has been developed.

“The creation of communication platforms, networking and similar activities – none of this has been done,” Salajová told The Slovak Spectator. And while the Culture Ministry is overseeing financial support for the industry, authorities and industry groups in many cities and regions around the country feel it would be better if the state were not involved at all.

“Any, even well-intentioned, state support could bring more complications,” Michal Klembara of the Publikum.sk civic association, which created a strategy for the creative industry for Trnava Region, told The Slovak Spectator.

More than a decade

The topic of the creative industry began to resonate in Slovakia in 2008, when CIF, working with the British Council, prepared the first strategic documents on developing the industry, according to Salajová. 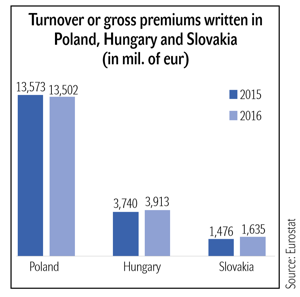 In 2014, the Culture Ministry produced the Strategy for the Development of Cultural and Creative Industries.

This focused on the creation of a structure to support creativity, production, innovation and investment within the creative industry, as well as motivating businesses and synchronising ministry support with other existing schemes for the industry, explained Pavol Čorba, spokesperson for the Culture Ministry.

“An effective system for developing the creative industry, improving human resources, creating favourable market conditions and other supportive tools were priorities in the strategy,” Čorba told The Slovak Spectator.

The ministry is still monitoring the strategy’s action plan implemented in 2016-2017.

Under plans for industry support covering the period 2014-2020, the ministry has run two grant programmes. The first, which involves grants of up to €200,000, is for projects which will create jobs and are aimed at small and medium-sized companies (SMEs).

Creative sectors supported by the Operational Programme Research and innovation:

While the ministry says that the approval of applications is in its final phase, CIF has criticised the way the process has been handled.

“People who submitted projects three years ago still have not had them evaluated, so they have not even received the [financial] support,” Salajová said.

A second programme aimed at developing creative centres in locations around the country was launched in July 2019. The cut-off date for submitting the application was the end of October.

However, the CIF says that meeting the conditions for obtaining the grant are so difficult that only one creative centre in the country – the Národné Osvetové Centrum (NOC) in Bratislava – is likely to be able to participate in the programme.

Local governments have also been highly critical of the scheme. Peter Bubla, Bratislava city authority spokesperson, said that a lack of clarity around some aspects of the programme meant there was a substantial risk that the grants, which would in part be financed with EU funds, could be claimed back from the European Commission (EC) in future.

“As a result, we cannot use the resources for any meaningful project that would really help the development of the creative industry in Slovak regions,” Bubla told The Slovak Spectator.

With such concerns around state operations in the industry, it is perhaps unsurprising that cities have developed their own approaches to creative businesses – Žilina provides an existing space within the city to host creative work, Prešov is doing the same, while authorities in Trnava let the town’s industry support itself.

Outside the Culture Ministry, there are a number of schemes under the auspices of other state bodies which are, in theory, available to the creative industry.

These include programmes under the Economy Ministry and the Education Ministry, some of which are for individual sectors, such as advertising, ICT, design and architecture. Meanwhile, others provide support related to specific research and development.

But these again fall short of the expectations of those in the creative industry who say they do little to really support its development.

“This is neither conceptual, nor strategic support, nor is it pouring resources into the sector to revive it,” Salajová said, adding that most of the support in some programmes goes towards things like computer software, printers and other technology.

There are also ‘creative vouchers’ distributed by the Slovak Innovation and Energy Agency (SIEA) through its national Supporting Creative Industry Development in Slovakia project.

Under the project, applicants can use these vouchers for the purchases of up to €10,000 on any items related to their work in architecture and up to €5,000 on work in advertising, ICT, or design. However, the applicants must co-finance 50 percent of the cost of the items for which the vouchers are used.

In terms of research and development (R&D), support available, interest in project submission from the creative industry is marginal compared to other areas, the Education Ministry told The Slovak Spectator in a statement.

Experts say that creative centres tend to emerge naturally, bottomup, and that the involvement of state institutions in those centres could actually be harmful.

“Competition for entrepreneurs from the public sector could lead to a liquidation of the market,” Salajová said.

She added the state should limit its involvement in the industry to creating infrastructure for those businesses working in the industry and their inclusion in urban or regional life.

Creative centres across Slovakia which have grown bottom-up are in good health.

Bratislava has several creative hubs, a developing film and gaming industry, new galleries and studios and creative-community centres like Nová Cvernovka, according to Bubla.

Trnava has strong graphic design, publishing, video production and other advertising service sectors as well as IT, and, to a lesser extent, fashion design businesses, said Klembara.

Prešov has potential in traditional, folk and urban culture crafts, visual arts, music, as well as performing arts and architecture, said spokesperson Vladimír Tomek. It is host to the Academický Prešov festival with a theatre, exhibitions and concerts, the Wave independent culture club for creative people, the Christiania café, which is also a concert venue, and the Festival of Architecture and Design.

Under government plans post-2020, when the next budgetary period begins, all financial support earmarked for the industry is to be transferred to the Culture Ministry. The government is also planning to take a new approach to its communication strategy related to the industry, said Salajová.

At the end of September 2019, meetings were undertaken at various schools focusing on several topics ranging from calculating creative indexes to creative tourism.

Salajová pointed out that the Culture Ministry would use its findings from these meetings, and subsequent related school projects, to help policymaking for the industry.

This comes after the ministry established the Institute of Cultural Policy (IKT) in 2018, which has used a so-called satellite account to calculate the impact of the industry on economic development – methodology which is already used in the tourism, agriculture and environmental sectors, according to Salajová.

Though the institute has already prepared an experimental satellite account for the 2012-2016 period and is processing data for 2017, the results of the analysis are not yet available to the public.

Part of a larger universe

The Culture Ministry says it is keen to strengthen links between the creative industry and other sectors of the economy while an effective network needs to be established between creative industries, research, the public sector and other business environments, according to Čorba.

He explained that cross-sectoral links, mobility and cooperation, mainly between creative firms, the technology sector and more traditional industries, are still lacking in Slovakia.

After 2020, the Culture Ministry plans to link national and regional support, build creative centres and draw up regional strategy documents for the industry, said Čorba.

What people in the industry need

Many of those working within the industry are clear on some of their fundamental needs. Creative entrepreneurs need affordable space, presentation opportunities, workshops, counselling and community cooperation, according to Gazdíková.

Klembara explained the best way to promote entrepreneurship in the sector would be to reduce red tape, and reform payroll taxes as well as other sector-specific business levies. Curiosity, creation and innovation are the essence of the creative industry, said Bubla.

“All this must form a major part of city policies [for the industry],” he said.

Peter Adamovský, analyst at the Slovak Innovation and Energy Agency