The Magnitsky Act now applies to the man charged with the Kuciak murder. 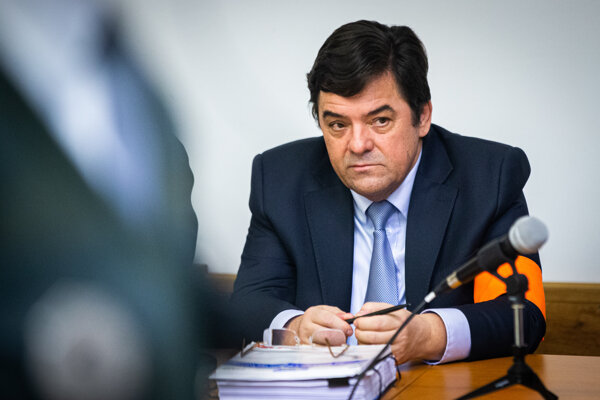 Marian Kočner, who is charged with ordering the murder of journalist Ján Kuciak, among other crimes, is one of only two people from the European Union designated as a sanctioned person under the law known as the Magnitsky Act.

Kočner is one of the 18 individuals that the U.S.Department of Treasury's Office of Foreign Assets Control (OFAC) took action against "for their roles in serious human rights abuse". The other people listed are from Burma, Pakistan, Libya, the Democratic Republic of Congo and South Sudan. The only other person from the EU featured on the list that targets perpetrators of serious human rights abuse and corruption is Aivars Lembergs, a Latvian oligarch who was put on the list on December 9, which is International Anti-Corruption Day.

“The treasury’s action focuses on those who have killed, or ordered the killing of innocents who stood up for human rights, including journalists, opposition members, and lawyers,” said Deputy Secretary Justin G. Muzinich.

The OFAC reasoning on why Kočner was sanctioned mentions his threats against Jan Kuciak, the journalist who focused "on Kočner’s ability, through a complicated series of financial transactions, to earn millions of euros through fraudulent tax returns from Slovakia". They also mentioned Kuciak's findings about Kočner's connections to the police and prosecutors, and the illegal surveillance of journalists ordered by Kočner.

What it means for Kočner

The Magnitsky Accountability Act, named after the Russian lawyer and auditor Sergei Magnitsky, was first signed into law in 2012 to target Russian individuals involved in human rights violations. It was later expanded to enable the U.S. government to impose sanctions or visa bans on individuals engaging in human rights violations around the world.

The individuals featured on the list have their property and interests in property within the American jurisdiction blocked and must be reported to OFAC. Any transactions involving that property must be authorised by OFAC.

They and their close subjects (possibly relatives or business partners) are not allowed to enter the U.S. territory.

American financial institutions are not allowed to provide their services for anyone on the list.

At a press briefing in Bratislava, the U.S. Embassy did not specify if they have identified the concrete property in the U.S. belonging to Kočner, or his money in American banks, Sme reported.

The daily reports that Kočner's designation on the list has consequences globally, not just in the US. The American credit card company Visa, for instance, cannot provide its services to Kočner.

"If Kočner has an account in a foreign bank that the Slovak prosecutors haven't been aware of so far and has a Visa card to go with it, [the card] will now be cancelled," Sme wrote.

Sprava A Inkaso Pohladavok owns some real estate in Bratislava, including some flats in the Five Star Residence that the company has already sold, and the company is gradually getting rid of them, Sme wrote.

Sme noted that Kočner's Slovakia-based property is barely affected by the American sanctions, since his assets were blocked last July by prosecutor Dagmar Mistikova, who oversees his case of suspected tax fraud with hotels in the Donovaly ski resort in central Slovakia.