The signature of another opposition party led by Igor Matovič is still missing. 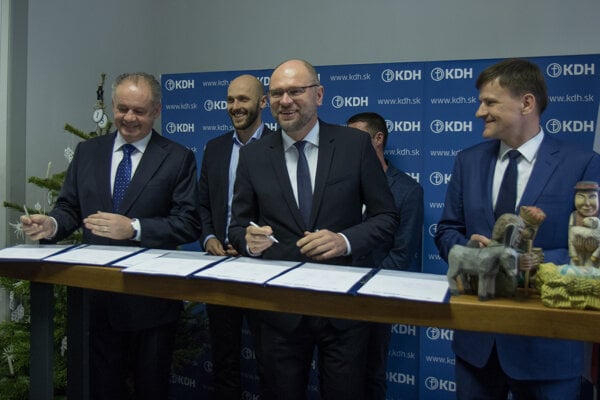 The opposition’s non-aggression pact was signed by the Freedom and Solidarity (SaS) party on December 16.

The agreement had so far been signed by the Progressive Slovakia (PS) and Spolu coalition, the Christian Democratic Movement (KDH) and Za Ľudí. The signatories have pledged not to attack one another during the pre-election campaign, to cooperate after the elections and not join forces with Smer, the Slovak National Party (SNS), and far-right People’s Party – Our Slovakia (ĽSNS). 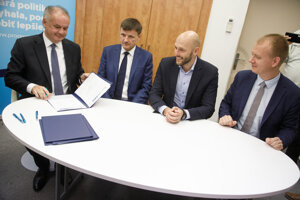 According to Michal Truban, chair of the PS/Spolu coalition, this proves that their parties are able to collaborate and form a stable government.

“All of decent Slovakia is calling for change,” commented Andrej Kiska, chair of Za Ľudí, as quoted by SITA, adding that another signature on the pact is a very important sign for Slovakia, showing that they are ready to be a strong alternative to the current government.

The non-aggression pact still has not been signed by the Ordinary People and Independent Personalities (OĽaNO) movement led by Igor Matovič.

Without him, the pact will not make much sense, according to Radoslav Štefančík, political analyst of the University of Economics in Bratislava. He pointed to the main objection of the pact, which is to show the ability of opposition parties to collaborate despite their differences and previous conflicts.

By signing the pact, the parties want to show that they will form a stable government that will not dissolve as in the case of the Iveta Radičová cabinet (2010-2012), as reported by SITA.