How much weight do Slovaks and Czechs gain on average in Christmas time?

Both Slovaks as well Czech make New Year’s resolutions, but they do not fulfil them. 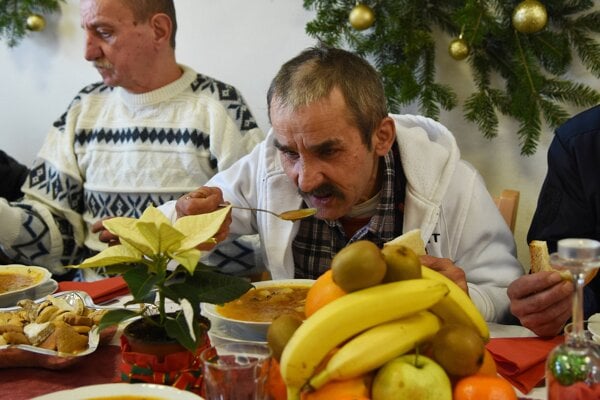 Many years from separation in 1993, and the Slovak and the Czech nations are still very similar. Both Slovaks and Czechs make New Year’s resolutions, but they do not fulfil them.

In Slovakia and the Czech Republic, weight loss is traditionally at the top of the list of the most frequent resolutions. This resolution is generally the most common, and in both countries it is in first place this year. Resolutions for eating healthy or stressing less then follow. Czechs placed third with the option of “no more resolutions”, which only confirms the fact that the respondents realize that New Year’s resolutions usually do not last very long.

“New Year’s resolutions do not hold mostly because people do not take them very seriously,” said Petra Húsková, chief nutrition adviser at the Naturhouse advisory centres, which commissioned the survey in Slovakia, as cited in the press release. “It’s a stereotype. It is important to have a strong motivation. One should not set unrealistic goals, for example losing 10 kg in one month.”

“Slovaks and Czechs gain on average two to five kilograms at Christmas time and it takes several months to get back to their original weight,” said Húsková.