Two Jewish cemeteries vandalised. The crime can land the perpetrators in prison 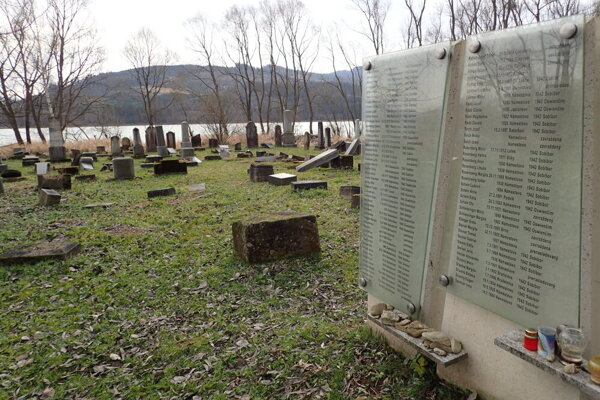 Two destroyed Jewish cemeteries in one week of December. Dozens of memorial stones cast down and damaged.

The events sparked outrage and upset people, not just among Jewish organisations in Slovakia.

"We believe this to be a coordinated action by extremist disruptors of good civic cohabitation in our country," the B'nai B'rith organisation and the Jewish Religious Community in Bratislava leaders Peter Werner and Tomáš Stern wrote.

The police are dealing with both cases as crimes of dishonouring places of final rest. It is punishable with two years in prison, or even five years if the damages are significant. The police have not mentioned any concrete offenders as of yet, saying that they are still investigating the identity of the vandals. They declined to provide more information due to the still-ongoing investigation.

Damaging cemeteries is not unusual. Last year, nine people were condemned for this crime, all of them adults.

Attacks on Jewish cemeteries might be viewed as the result of disinformation and conspiracy websites, and the increasing popularity of extremists, including the far-right ĽSNS, said sociologist Michal Vašečka.