Soldiers will stay in Iraq for now. Dispute between Danko and Pellegrini continues

The prime minister has criticised the SNS chair. 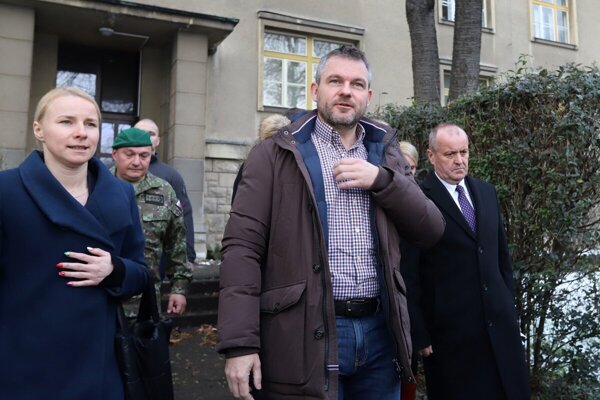 Slovakia will not withdraw its seven soldiers from the Iraqi mission for now, several members of the Security Council have decided.

The January 5 meeting was initiated by PM Peter Pellegrini after being addressed by Defence Minister Peter Gajdoš of the Slovak National Party (SNS).

The discussion over the soldiers’ presence in Iraq was put on the table after the January 3 attack on Iranian Maj. Gen. Qasem Soleimani, who was killed by the US Army based on US President Donald Trump's order. In response, Iran’s Supreme Leader Ayatollah Ali Khamenei vowed revenge.

“Similar to how we came to this mission with soldiers of other nations and countries, we must act together when making further steps,” Pellegrini said.

Read more articles by the topic
This article is also related to other trending topics: Kásim Sulejmání