The city centre is getting extended by a second phase of Eurovea development, nearby Sky Park and a brand new bus station combined with a shopping mall. 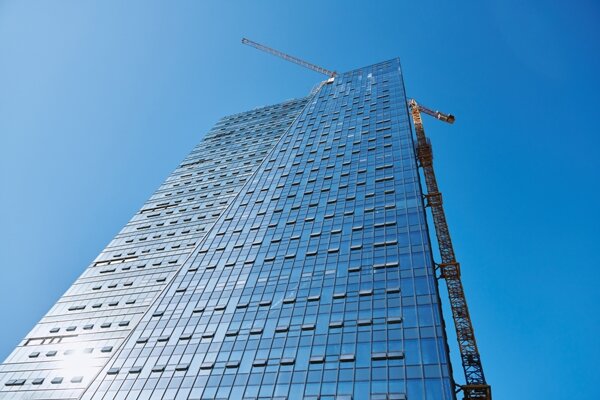 Bratislava has been experiencing a real estate boom incomparable to its past and other parts of Slovakia. The city centre is getting extended from the Old Town eastwards by a second phase of Eurovea shopping mall, nearby Sky Park and a brand new bus station combined with a shopping mall, Nové Nivy. Brand new settlements Bory and Slnečnice are also being built on the Bratislava’s outskirts. Here is a sample of the five largest and most significant developments.

Bus station Stanica Nivy will be a combination of an international bus terminal, a shopping centre and the 125-metre-high Nivy Tower - currently the highest building in Bratislava. Bus platforms will be located on the first underground storey, while the building will have three above-ground and two underground floors. It will be topped by a multifunctional green roof as large as two football pitches. Stanica Nivy will be part of the developing city quarter Nové Nivy, into which the developer plans to invest about €1 billion.