Slovak made animated film about a difficult topic, receiving awards around the world

It all started with Finding Nemo. 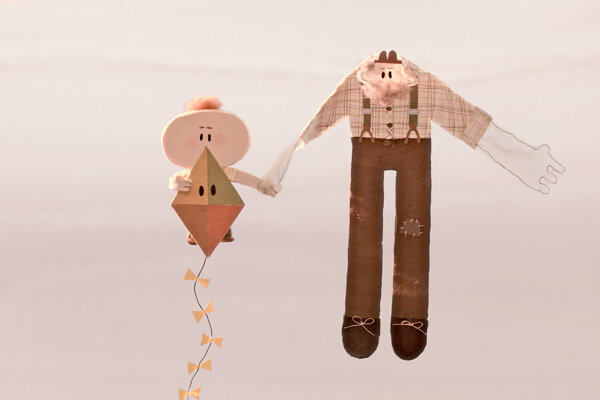 When he was a child, he used to draw a lot, read lots of stories and fairy tales. He made his first puppets, simple figures. When he was 5-year-old, he was moving around with them and taking pictures on an analogue camera. Back then, he did not know it was called animation and that in the future he would be awarded for an animated film and recognised internationally.

Martin Smatana, 28, has directed two animated films in his short career. He was 12 when his parents took him to the cinema to watch the animated film “Finding Nemo”.

“I was amazed,” Smatana told The Slovak Spectator. “I asked them afterwards whether this was a way people could make their own living.” And it was decided– he would go on and make animated films.

Smatana has stuck to this plan since then. At the Academy of Performing Arts (VŠMÚ) in Bratislava he received his BA degree. While at school he directed his first film - Rosso Papavero.

Rosso Papavero was a school exercise to animate various types of walking, the young director explains. “All my classmates did the easy way of a person going from one side to another,” he noted. Smatana decided to set it in a circus environment - artists are walking through the scene and they are trying to catch the attention of a boy. The boy is carried away by his fantasy. The name of the film means "field poppy" in English and refers to opium and fantasies.

Smatana continued in his studies at the Film and TV School of Academy of Performing Arts in Prague (FAMU). The idea to make The Kite was born there.

The making of the Kite took four years, the film itself 13 minutes long. Smatana was rewriting various versions of scripts for two years. He said, that it took a long time to create a symbolic story suitable for children that would have a happy ending. The film is meant for children, but it talks about a very serious theme – death.