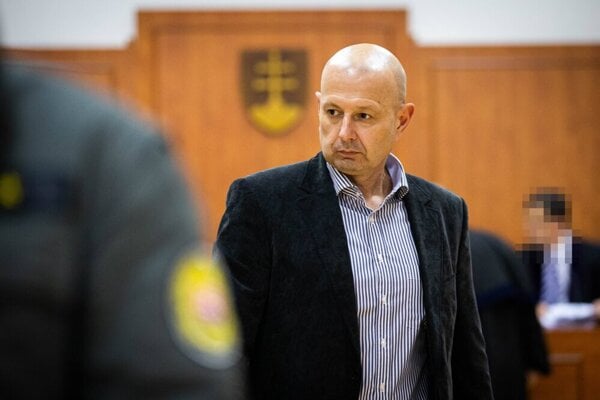 "It has ruined me," Miroslav Kriak, who followed Ján Kuciak and other journalists in 2017 - 2018 based on an assignment from Peter Tóth, told the court on the sixth day of the Kuciak murder trial in Pezinok.

He described his reaction when Tóth told him the real identity of the person who ordered the surveillance and mentioned the name of Marian Kočner. That was in April or May 2018, Kriak said, two to three months after Kuciak was murdered.

The police have a separate case open regarding the surveillance of journalists in 2017-2018.

Kriak's testimony, postponed from the third day of the trial, which was almost entirely taken up by the testimony of Peter Tóth, followed the second hearing of the defendants, who were confronted with each other and asked more details about their suspected roles in the murder.

At the end of the day the court also ruled that Miroslav Marček and Alena Zsuzsová were excused from the following court sessions upon their request. The court decided to deal with Marcek, who pleaded guilty on the first day of the trial, in a separate trial. In addition, the court changed the type of custody for Marček from collusion custody to a less strict type of custody.

They thought they were working for the state