A well-performing minister resigned due to an alcohol-induced incident, while Andrej Danko offended the president from his top parliamentary seat. 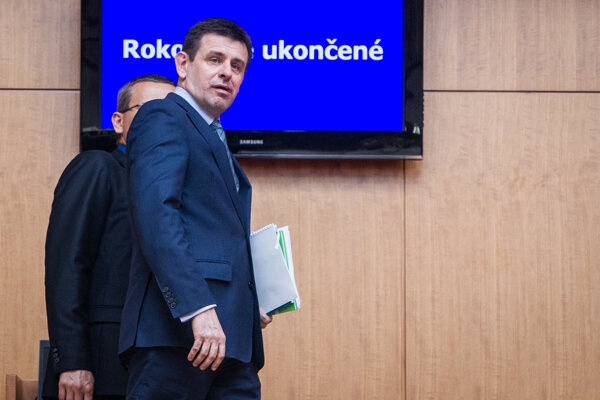 It’s one month before the parliamentary election and Slovakia has just seen one unexpected ministerial resignation and one unplanned parliamentary session. Meanwhile, the second week of the murder trial unfolded in Pezinok.

The trial with the quartet suspected of having organised and executed the murder of Ján Kuciak, during which his fiancée Martina Kušnírová was also killed, continued for three more days.

Norbert Bödör, son of the Nitra-based businessman Miroslav Bödör, whose security company has been repeatedly successful in winning orders from the state, particularly under Smer governments, denied the allegations that Peter Tóth voiced against him in court a few days before. He said he did not partake in the surveillance, financially or otherwise.

Bödör’s very frequented answer in court was “I don’t remember” and when the court asked him how Kočner procured information about journalists whom he had followed, Bödör said he did not know.