Seven things to know about the road-toll collection system

The problematic contract with SkyToll will expire in 2022. 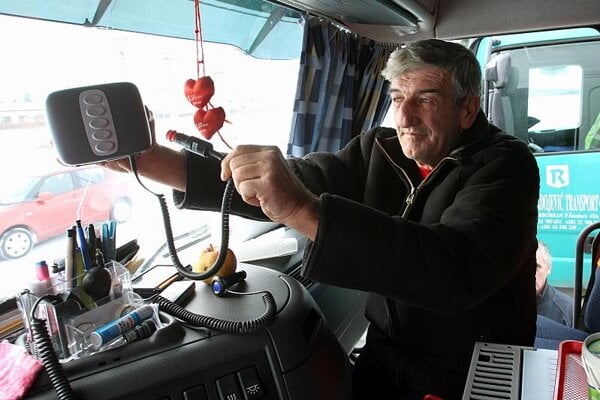 Problems have been accompanying the electronic road-toll collection system in Slovakia since its very introduction. First the tender to provide a nationwide system ended at the court and under inspection of the European Commission.

The system and its operator, the private SkyToll company, hit headlines in late 2019 again when findings by the Supreme Audit Office (NKÚ) indicated that the system is ineffective and that only a fraction of the collected money is used for road construction, while its operator keeps almost half of the collected tolls.

Hauliers joined the criticism of the system earlier this year and requested the reduction of toll rates and the suspension of toll collection until a new system administrator is chosen. To achieve their goals, they decided to block several Slovak roads.

1. How the tender was announced

The nationwide electronic road-toll collection system was launched in Slovakia in 2010. It has been operated by the private company SkyToll, (a joint-stock company established by members of the Ibertax-SanToll consortium) on the basis of a contract it signed with the National Highway Company (NDS), 100-percent owned by the Transport Ministry, in 2009. The ministry chose SkyToll as the provider of the service in a controversial tender held back in 2008 when Ľubomír Vážny (Smer) served as transport minister.

The SanToll-Ibertax consortium won the tender with a bid of €852.1 million, including VAT, the highest received. Among the competing bidders, Slovakpass, led by the Italian company Autostrade, proposed charging €630.9 million; the Slovak-Swiss consortium ToSy bid €651.3 million; and Kapsch, headed by the Austrian firm Kapsch TrafficCom AG, Vienna, with a bid of €749.2 million. The procurer, the NDS, subsequently excluded all the bidders except SanToll-Ibertax.

Kapsch TrafficCom AG and Slovakpass challenged the tender, but in vain.

Also, the European Commission was concerned that Slovakia violated the European rules for public procurement by excluding bidders without sufficient reason, thus discriminating against them and hindering fair competition on the EU market. The EC also had its doubts about the inappropriate appendices to the contract after SkyToll was selected in the tender to administer the highway toll system. The EC, however, wrapped up the investigation with no reasons why some of the bidders in the tender who submitted cheaper offers were excluded from the procurement. It was concluded that it was not possible to sufficiently prove that the bidders were excluded in violation of the rules.

3. How the system works