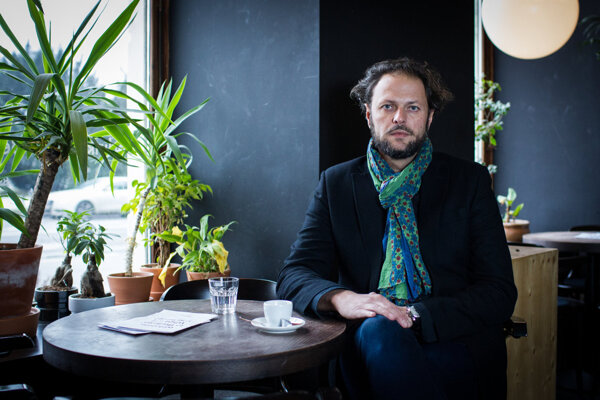 The police have pressed charges against publicist and theologian Michal Havran over a commentary criticising radical Catholic priest Marian Kuffa. The article was published on the Sme daily in June 2018.

Havran is planning to file a formal complaint against the charges.

The investigator of the Košice branch of the National Criminal Agency (NAKA) accused Havran of defamation of nation, race and conviction as well as slander. Havran, who is a protestant theologian, criticised Kuffa in the text for his statements about homosexuals, and for his alliance with the far-right ĽSNS of Marian Kotleba when promoting the abortion ban.

The Sme daily has obtained the statement of charges in which the police claim Havran has offended Catholic believers and their priest because of their conservative opinions. 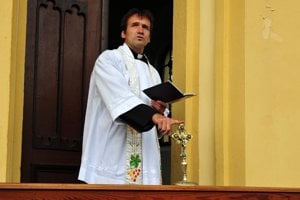 “Michal Havran’s commentary directly calls for the suppression of the rights of others, namely the right to freedom of expression of people with religious confession, and defames the expressions of their faith,” investigator Mikuláš Marton wrote.

The charges were pressed based on a criminal complaint filed by the law firm of Ján Čarnogursky Jr. The lawyer is the son of former politician and co-founder of the Christian Democratic Movement (KDH) Ján Čarnogursky Sr, who has been known in recent years for his admiration of Russia and for his speeches at the meetings of the Slovak Levies (Slovenskí Branci) paramilitary group.

“This is not a conflict over theology or over literature, this is a political conflict aimed to show that certain groups of people still have enough influence in Slovak society to attempt to ostracise someone or to ruin someone’s career,” Havran said.

He insists the article was a pamphlet, irony-based genre, and it is therefore absurd to criticise the expressions that were used in it.

The editor-in-chief of the Sme daily, Beata Balogová, sees politics behind the charges against Havran. She reminded that international journalistic organisations have repeatedly warned about the increasing trend to criminalise the criticism of religion.

"Havran does not mock faith, Christians or Catholics. He mocks Marian Kuffa, who repeatedly attacked minorities," she said. "He points to the dangerous religious fanatism and to how faith can be abused to promote extreme opinions that pose a threat to democracy."

What the article is about