A record number of Slovaks fly home for the 2020 elections

Some 86,000 Slovaks living abroad have already been reported to have cast their vote by post. 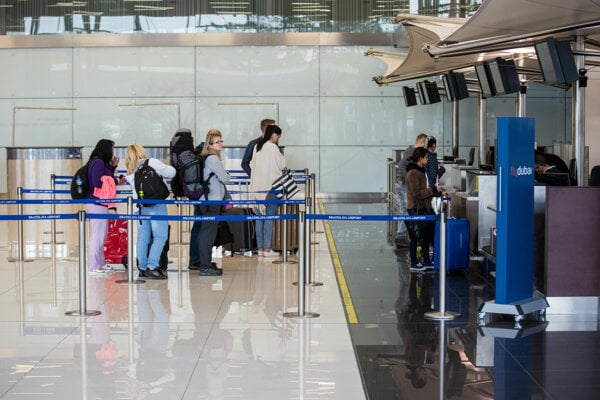 A record number of Slovaks living abroad decided to return home before the February 29 elections.

The number of Slovaks who booked a flight for the February 29-March 1 weekend is 133 percent higher compared to the 2016 period, when the last parliamentary elections took place, the statistics of the Pelikán travel agency show. The company took into account airports in Vienna, Bratislava, Budapest, and Košice.

In addition, up to 80 percent of Slovaks bought a one-way ticket. Four years ago, the share was slightly over 50 percent.

“Of course, the most common reasons are holidays and family visits, not a supposed election turnout,” Pelikán’s PR manager Jozef Rybár said.

Meanwhile, some 86,000 Slovaks living abroad have already been reported to have cast their vote by post.

Two one-way tickets are usually more expensive than a return ticket, according to Rybár. Hence, he opined that some Slovaks could have made the decision to come home in relation to the coming elections.

“When applying our data to the whole Slovak flight ticket market, it adds up to thousands of people,” he added.

Although the parliamentary election is the only election when Slovaks can vote from abroad, Pelikán has registered an increase comparable with the 2019 presidential election. In that instance, Slovaks were not allowed to vote from abroad.

How much did Slovaks pay?

Most Slovaks are returning from the UK, Spain, Italy, Germany, the Netherlands, Switzerland, France, Sweden, Denmark and Belgium, where most of them work or study.

The average return flight ticket price, which Slovaks were willing to pay for, was about €200. Some Slovaks, however, paid significantly more. Those returning from the USA paid €750 on average for a return ticket, Pelikán said.