If convicted, he may even lose his parliamentary seat. 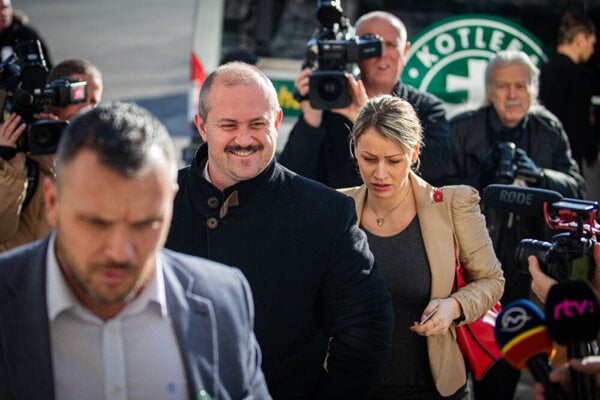 He returned to the Specialised Criminal Court in Pezinok on March 5, more than a month after the trial regarding the controversial cheques, worth €1,488, began.

Kotleba, accompanied by his supporters, has been claiming since the very beginning that he does not feel guilty. He decided to not give testimony but pledged to do so later, the TASR newswire reported. 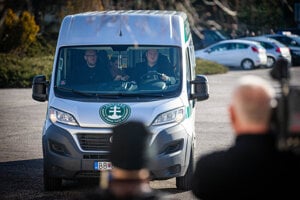 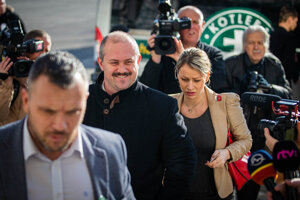 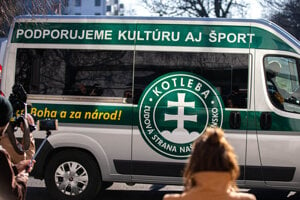 Marian Kotleba at the Specialised Criminal Court on March 5, 2020 (8 photos)

Judge Ružena Sabová admitted in late January that she is considering reclassifying the case. Based on the 422nd paragraph, Kotleba is charged with expressing support for a movement that advocates the suppression of fundamental rights and freedoms. However, he could also be charged with the crime of establishing, supporting and promoting such a movement as described in paragraph 421 of the Criminal Code.

If the judge actually reclassifies the case, which is possible since she has already accepted new evidence in the form of the ĽSNS slate for the 2020 election on which newly elected MPs appeared although they had criminal convictions, Kotleba could spend up to eight years in prison.

If convicted, Kotleba will lose his parliamentary seat, the Sme daily reported.

The trial will continue on April 9 and May 15.