No flights to Italy, no patients' visits to hospitals. 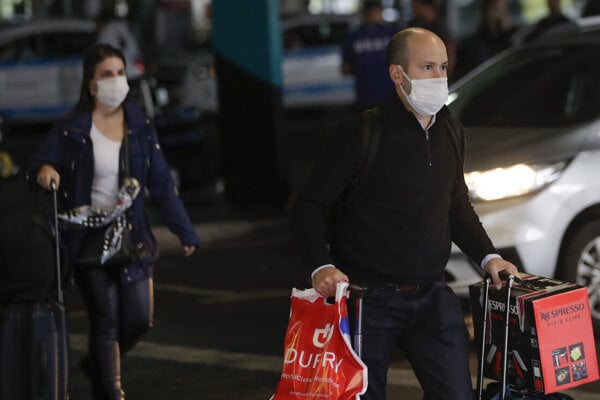 The first case of the COVID-19 infection was confirmed in Slovakia, PM Peter Pellegrini announced today.

"A patient aged 52 was confirmed today. He has been hospitalised at the infectology clinic of the University Hospital in Bratislava," Pellegrini said.

The patient, who is from the western-Slovak village of Kostolište (near the town of Malacky), has not been to any country where the virus has occurred recently. His son, who does not show any symptoms of the virus, has been to Venice between February 14 and 15. It is not clear whether the infection came from the son.

The patient with confirmed coronavirus had symptoms even before his son returned from Italy, though, PM Pellegrini said. The patient also suffers from pneumonia but is now feeling better.

He expects that more cases will be confirmed in the following days.

The positive samples will now be tested in Berlin.“The situation is under control,” Mikas added.

During his press briefing following the session of the crisis staff, PM Peter Pellegrini discouraged people from travelling abroad altogether. He also informed that two Slovak citizens are currently hospitalised in Bali with a suspicion of a Covid-19 infection.

The secondary vocational school of mass media and information studies on Kadnárova Street in Bratislava will be closed until March 15. The school suspects that one of its students might have been in contact with a person infected with coronavirus.

Pellegrini: Do not panic

People should avoid mass events and observe basic hygienic rules. Those with symptoms should first contact the call centres and avoid travelling by public transport to the emergency departments in hospitals, where other patients are.

If the symptoms are serious, you should call an ambulance, the authorities recommend.

Pellegrini has stressed that they do not plan to hand out the protective masks. They should not be used recklessly and wasted, he added.

Pellegrini also called on people not to panic and buy up hypermarkets.

No compulsory quarantine has been put in place for now. In the Czech Republic, people who return from Italy are required to stay in quarantine at home for two weeks.

"We are in a complicated situation because we are in the middle of the flu season," Pellegrini told the press briefing following the session of the crisis staff. The state is not planning to take any special measures, not even in the municipality where the infected man lives.

Pellegrini called on people to try and avoid risky behaviour, such as travelling to the risk areas. He specifically mentioned planned trips to Italy and said people should reconsider them.

"Do not risk just because you feel like travelling," he said.

The only possible way to stop the spread of the virus is to meet each other as little as possible, Pellegrini said. Yet he added that there is no need for towns and cities in Slovakia to be deserted.

Bratislava Mayor Matúš Vallo said that the capital is ready for the coronavirus.

To eliminate the risk of transmitting the virus to seniors, who belong to the most vulnerable groups, the city issued hygienic measures and abolished visiting hours in the senior homes.

Bratislava local authorities announced a few days back that they would take some more measures to counter the coronavirus.

They decided to disinfect all public transport vehicles and issued an order for the respective offices to purchase hygienic and disinfection means for employees.