Carmakers halting production is only a minor problem, given the circumstances

Extent of damage will depend on how long restrictions last. Some companies might benefit from the crisis. 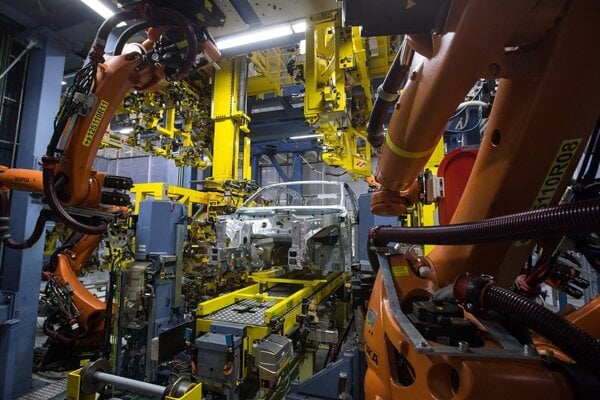 Read in this article

-which economic sectors are most affected

-which companies have closed

-the impact of business closure on the Slovak economy

-what economic help the government has prepared

Production lines at automakers and their suppliers have ground to a halt, restaurants are closed, hotels are shut, and company staff are forced to work from home, or not work at all, as they look after their children as schools close.

But supermarkets and other grocery retailers have seen demand booming as worried people fearing total lockdowns and weeks of quarantine stockpile goods. And production at firms producing masks and respirators is also running flat out.

These are the first visible effects of the coronavirus outbreak on the Slovak economy.

But there are few prepared to estimate what their final price tag will be. 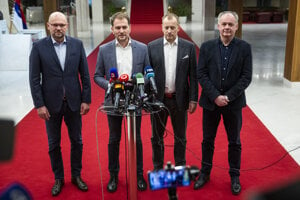 “This shock to the economy is, by its very nature, temporary. But to estimate the overall impact of the virus is very challenging at this point, as the situation is evolving every day,” said Katarína Muchová, analyst with Slovenská Sporiteľňa bank. “Different countries are taking different measures in their own time.”

The bank is currently forecasting three different scenarios for how the outbreak will affect the economy in 2020.

“Based on available information, we expect that the most significant impacts will be visible during the first half of 2020 and there should be a recovery in the third and fourth quarter,” said Muchová.

But others are more pessimistic.

>>> Read everything about coronavirus in Slovakia here.

Ivan Šramko, head of the Council for Budget Responsibility (RZZ), an independent body monitoring and evaluating Slovakia’s fiscal performance, told the Hospodárske Noviny business daily that its modelling has shown that if current measures to restrict the spread of the virus are left in place for one month, the Slovak economy will shrink by 1.3 percent this year.

He added that if they are left for two months, there will be a 5 percent contraction, and in a worst-case scenario where they are in place for three months – which he stressed was unlikely – it could be as much as 10 percent.

He estimates that almost €2 billion would be lost to state coffers for every 30 days the measures are in place, and that exports could fall by up to 25 percent.

The current crisis has been compared by many economic commentators, at least in the extent of its impact, to the 2008 Financial Crisis.

But Zdenko Štefanides, chief economist at VÚB bank, pointed out that the current crisis was a global public health problem while the 2008 crisis had been down to a lack of cheap money. He said economic firepower alone would not be able to solve it.

“The current crisis will be solved through concrete steps taken by governments to stop the spread of the virus and manage the recovery of the sick,” Štefanides told The Slovak Spectator.