Matovič criticises COVID-19 tests. Head of the material reserves will be dismissed

The decision came after the new prime minister checked the stores. 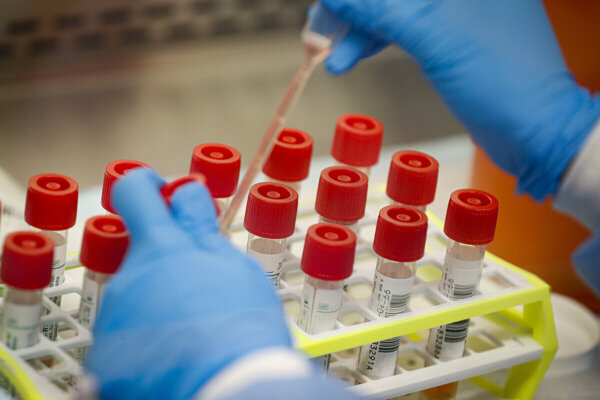 Slovakia does not have enough reliable tests that can reveal the coronavirus disease in the first stage, while other tests are not even on the way. Those ordered by the Administration of State Material Reserves are unreliable and too expensive.

This stems from the March 22 inspection at the state company led by PM Igor Matovič and Finance Minister Eduard Heger, both Ordinary People and Independent Personalities (OĽaNO). Matovič will propose Economy Minister Richard Sulík of Freedom and Solidarity (SaS), under whose department the Administration of State Material Reserves runs, to dismiss its head, Kajetán Kičura. He has been at the helm since 2012, after being nominated by Smer.

“Such a person should not stay in the post,” Matovič said.

It is not clear for now when and from where the state will receive more reliable test sets.

After the Peter Pellegrini government resigned and new Health Minister Marek Krajčí (OĽaNO) took over the department during the weekend, he found out that Slovakia has only 13,000 reliable tests in stock.

He originally spoke about having only 3,000 tests, but later explained that he did not have complete information and that the Public Health Authority (ÚVZ) ordered 10,000 more tests. These could last for 10 days if more intensive testing begins.

The number of tests the state has at its disposal includes the tests from private companies Medirex, Synlab and Klinická Biochémia, said ÚVZ spokesperson Dáša Račková. The share is not clear though.

Although Slovakia is expected to receive some 200,000 tests ordered by the Pellegrini government in the coming days, these are only rapid and not very reliable tests that can be used by patients with symptoms. If somebody was infected only recently, the rapid test would probably not reveal it.

These tests are also significantly overpriced, according to Matovič. The inspection at the Administration of State Material Reserves revealed that Slovakia bought them for €30 per piece, while in China it was €2 per piece.

The Pellegrini government knew about the coronavirus threat by January 27, Matovič told the press on March 22 evening. However, since it focused on the pre-election campaign instead, it adopted the first steps only a month later.

Pellegrini said that his government was trying to do its best.

The crisis staff that is dealing with the emergency situations met only on February 27, i.e. two days before the parliamentary election, when the moratorium was in effect, and only a week before the first positive coronavirus case was confirmed. At the time, some Italian cities had begun ordering quarantines.

Slovakia, which currently records 185 positive coronavirus cases, should receive hundreds of thousands rapid tests that are not very reliable.

The head of the state material reserves claims they bought them following the order from the Health Ministry and that they were available at the time. Originally, they were supposed to be used to test firefighters, police officers and soldiers working in the field.

However, Kičura first said there should be four million such tests. Matovič later reported that this was not true, and that the state paid €6 million for 200,000 rapid tests.

Kičura has not explained the discrepancy, and said there was a mistake in counting.

“How did the mistake happen? I don’t know,” Kičura said, adding they will try to reach the seller.

“This way, the Administration of the State Material Reserves under the direct control of the government ordered tests we don’t need,” Matovič said. 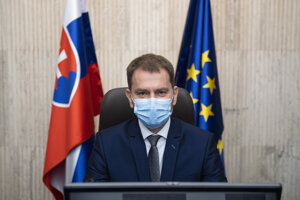 Related articleMatovič after his first cabinet session: We learned a lot we did not know Read more

On the one hand, Kičura said that the rapid tests helped manage the disease in Wuhan, but on the other hand, he admits they are less reliable.

“Every epidemiologist can tell you that in the initial phase, for example, the first three to four days, the results are negative,” Kičura explained. “Later, the success rate is 90 percent, but I can’t say whether it’s high or low.”

Although some academic private labs offered help with testing, Pellegrini turned them down.

The government first welcomed the help, but hygienists later told the private labs to wait until the state needs them. They also allowed them to test those who pay for tests. After the Alpha Medical lab wanted to start testing the public for a €30 fee and the medical staff for free, Pellegrini stopped it.

“I ask the private companies not to spend the sets for detailed tests of private payers who want to be tested for their own comfort,” the ex-prime minister said on March 18, only a day before Alpha Medical planned to launch the private tests.

So, how many reliable tests does Slovakia currently have at its disposal?

The number of reliable tests

The number of ordered reliable tests

“Most of the capacities can be immediately provided to the state, while some can be used for preventive testing,” he said, adding the capacities are continuously fulfilled. The company is able to test 350 people a day.

The largest lab network in Slovakia, Medirex, gave 1,100 test sets to hygienists on March 20, said its spokesperson Diana Madarászová. These are part of the 13,000-piece stock mentioned by the state.

Matovič was already inquiring about whether the state is able to obtain more reliable tests. One of the key crisis staff members told him though that it is not. The prime minister added he is willing to go to China in person to get more tests.

The private lab networks are not so sceptical about obtaining new test sets though. Lednický of Alpha Medical said materials for 4,000 more tests are “on the way”. The company needs only the material as it can make some tests on its own.

If the state and private labs joined forces, their daily testing capacity could account for 830-1,180.

With higher-performance devices, however, the daily capacity of Medirex could increase by 900, said Madarászová. This means that the total tests that could be carried out in Slovakia would increase to 2,080 tests a day.