Free as a bird: Visit Vtáčnik with us!

Vtáčnik is charming, echoed by the singing of thousands birds. 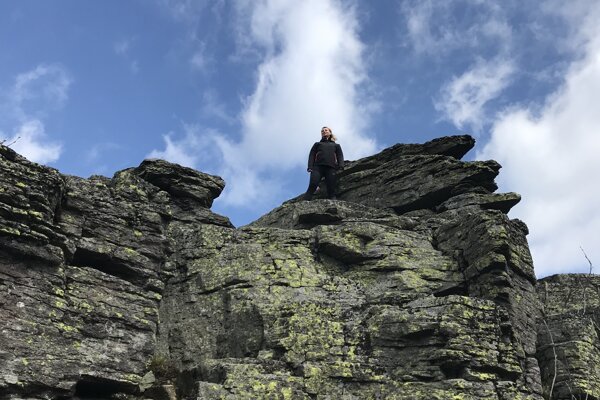 On April 15, 2010, Peter planned a business trip to Scotland. It did not happen. Air transportation was paralysed for six days due to the eruption of the Eyjafjallajokull volcano in Iceland.

79 BC was the first year of the reign of Titus. On August 20 and 21, birds stopped singing, dogs started to howl. Then everything calmed down for two days. On the morning of August 24, the earth began to quake. Mount Vesuvius showed its strength. The eruption destroyed the Roman cities of Pompeii, Herculaneum, Oplontis and Stabiae and ejected a cloud of stones, ash and volcanic gases to a height of 33 km.

13 to 15 million years ago Slovakia also experienced intense volcanic activity. Today’s extinct volcanos were once the biggest in Europe and influenced the weather all around the world.

The eruption of the Štiavnica stratovolcano opened the door to the flourishing times full of gold and silver, and helped to establish Banská Štiavnica, the “Silver Town”. The majestic Mount Poľana, once one of the biggest volcanos in Europe, is the highest volcanic mountain in Slovakia.

And then we have Vtáčnik mountain.

It is not as high and majestic as Poľana mountain, nor as famous as the Štiavnica mountains.

Vtáčnik is charming, echoed by the singing of thousands of birds. It is lit by sun rays and dotted with gigantic andesite rocks.

A hike to the highest peak of the Vtáčnik mountains, Vtáčnik, takes an hour. We didn’t anticipate what awaited us, but we were eager to explore and search for the unknown as David Livingstone once did. How amazing it was! Our steps were accompanied by the never-ending forest concert, for which even fiddle virtuoso Filip Jančík would be impressed.

Melancholia fought within us as we started in Kľak village. The villages of Kľak and Ostrý Grúň are a part of the most tragic part of Slovak history, known as Bloody Sunday.

We continued more joyfully, passing an old bridge, a fragment of an old forest railway, in the past used for carrying wood from the Vtáčnik Mountains. And we laughed as we stopped near the unique bachelor monument - a place cut out for British bachelor parties.

Vtáčnik mountain is a Slovak P1,000 peak - not very high, not very small, just right. A yellow marked hiking path from Ostrý Grúň village connects to the red path on the summit and continues to the Kláštorná skala viewing point. From here, it curves through the forest, passing the black andesite rocks ending on Buchlov mountain. This mountain has a metal cross glittering from afar, showing the way to the neighbouring Sladná skala and Žarnov mountains.

The mountains are mysterious and grandiose.

When erupting fire and sulphur, they change into gigantic dragons and demand respect and fear.

When the sun is rising above them, they beam with hope and joy. The volcanos were always connected with mystic powers and legends. 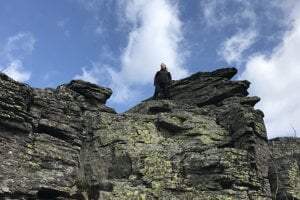 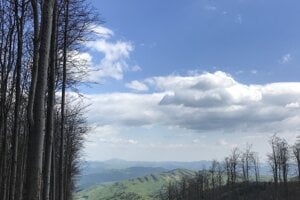 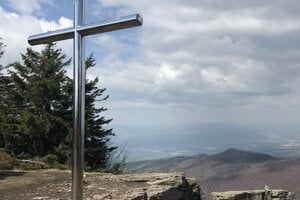 Mount Agung, or Gunung Agung, is the highest and most holy mountain on Bali. The locals believe in supernatural powers dwelling in its forests.

Mount Fuji looks down on the volcanic Lake Motosum, created three thousand years ago. Fuji, the holy mountain, is always wrapped in secrets, like a Japanese geisha.

The monstrous Poľana found a place in the poems of Slovak romantic writers.

In the heart of the Štiavnica mountains hides heroic knights ready to rise when the people of Slovakia need them most.

And how is Vtáčnik mountain? It is free. Free as a bird, because it's the next best thing to be.