American journalist writes about how not to confuse Slovakia and Slovenia as he arrives to the country to write the 2004 travel guide. 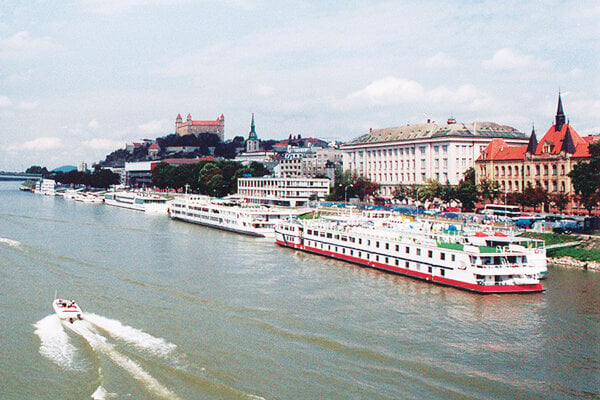 Disclaimer: This is an article from our archive of travel guides Spectacular Slovakia. We decided to make this gem available to our readers, making only necessary adjustments. Some of the writer’s observations from the year 2004 have changed but much still holds true. For up-to-date information and feature stories, take a look at the latest edition of our Bratislava City Guide.

In 1998, I bartended at a resort in the Adirondack Mountains in Upstate New York called the Blue Water Manor. The owners employed a lot of foreigners, and one day in June, two new waitresses with accents I couldn't place appeared at the bar.

"Slovakia," they said.
"What's new in Czechoslovakia?"
"The big news is, Czechoslovakia no longer exists. We split into the Czech Republic and Slovakia in 1993."

Four months later, I found myself on a bus crossing the Austrian border into Bratislava, the capital of Slovakia. I got a job teaching English, learned some Slovak, became a journalist, found a Slovak girlfriend, and let my return ticket expire. Three years later, I returned to the US, and 18 months after that, in summer 2003, I decided to move back to Bratislava. 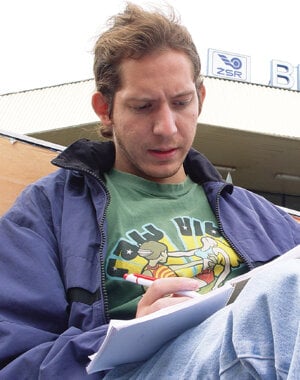 "This jerk is leaving us again for Yugoslavia," a friend of mine said on my last night in the US. We were sitting in our favourite bar.
"Slovakia," I said.
"Czechoslovakia?" someone said.
"Just Slovakia."
"Where's that?" someone else said.
"It used to be in Czechoslovakia."
"Is that Russia?"
"No." I said.
"Is it cold there?"
"About the same as here."
"Is there war?"
"No," I said. "There was barely any violence when..."

Interest fell off at that point. Then someone said, "Why are you going?"
"I'm not sure," I said.
"What's so great about Slovenia, anyway?"

Why is Slovakia hard to recognise?

Slovakia has two immediate disadvantages in vying for recognition in the minds of English-speaking peoples: (1) Its name is identical to the second half of 'Czechoslovakia', which makes foreigners - Americans, at least - prone to confusing it with the defunct Czechoslovakia. On the other hand, since (2) Slovakia ends in 'ia', it's easy for people such as my friend in the bar (and US President Bush) to confuse Slovakia with places like Yugoslavia, Russia, Siberia, Bulgaria, and Slovenia. (Bush once called Slovenia's foreign minister Slovakia's foreign minister.)

Slovakia is of course also young and small. I know two people who have crossed it lengthwise - about 350 kilometers - on foot. Compared to other former communist countries (like the defunct Yugoslavia and massive Russia) Slovakia hasn't appeared much in world news. I saw one item about Slovakia during my year and a half back home in the US. It was about then President Rudolf Schuster. He had had eye surgery, and the first thing he said after coming to was, Irena - (his wife) - you look so old.

What is so great about Slovakia, anyway?

Anyway, the question stands, What's so great about Slovakia, anyway?
Well, Slovakia has mountains, castles, thermal springs, spas, crazy politics, cool communist architecture, cabbage soup, great beer, gypsy violinists, the most beautiful women I've ever seen, low prices, good skiing, very few neurotics, a museum by a man who thinks he talked to the ghost of Vincent van Gogh, villages with farm animals running at large, $5 opera tickets and a festival where you can watch heads of cabbage put through a shredder and then buy a kilogram of the shreds for 50 American cents.

Unfortunately, like many former communist countries, Slovakia also has mood-sapping unemployment and - fortunately or unfortunately, depending on your view - a seller's market for expat labour. While hundreds of thousands of Slovaks can't find jobs, native English speakers have a hard time avoiding work. Laziness alone will not do. You need the nerves to disappoint all those who ask you to teach, proofread, or write something.

I was able to turn down the first job I was offered, but not the second. So I bought a pair of boots and a backpack and I took this trip.

Bratislava: either old or ultra-communist-modern

There was no reason to explore Bratislava, or Blava, since I had lived there for three years and would be settling there again in a few months. But I did spend one afternoon walking through the centre.

I crossed the UFO bridge and passed St. Martin's Cathedral. Almost everything in Bratislava is very old or ultra-communist-modern. But I noticed that in the past two years, a lot of post-1989 architecture - towers of glass and metal that you'd find in any city - had gone up. And I noticed dozens of formerly empty shops filled with sleek new restaurants.

The Main Square was full of tourists - Hungarians, Japanese, Germans and Italians. The tourists filed in, circled Roland fountain, a statue of a knight atop a giant candlestick, took pictures, milled around, and filed out. Suddenly, into the middle of the tourists, stepped a tan bald man who sang a booming Slovak folk song. The man's voice was huge - you could practically see it echoing off the cobblestones and cream-coloured buildings. And then the four-story clock at the west end of the square chimed out the music-box melody it plays on the hour, and for an instant the chimes and the man's voice were in tune. 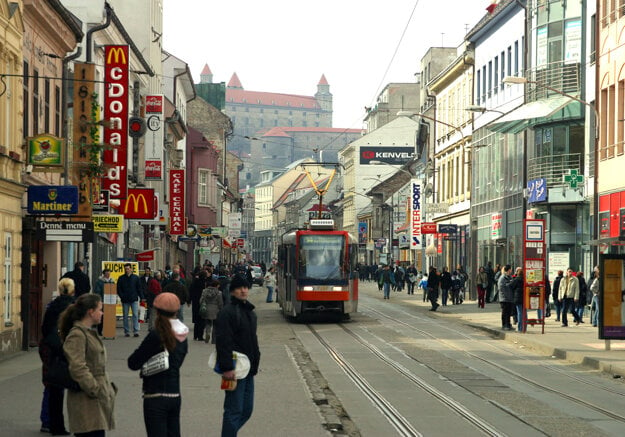 I drifted over to a knick-knack booth and struck up a conversation with the owner, a 60-something man with a white mustache and rumpled white hair. He was selling amber frogs and miniature elephants made of wood-resin. It was a hot day, and we watched as hundreds of Slovak women criss-crossed the square, in twos and threes, in long, flowing, flower-print skirts, tank tops, and medium-heeled sandals. They had long, loose limbs and aloof, cat-like faces.

"You know why Slovak women are so beautiful?" the knick-knack man said.
"Why?"
"Because Slovakia has been conquered so many times. The foreign blood got mixed in. It's good for the genes."

He rattled off some of the tribes that have deposited genes in Slovakia: Hungarian, German, Turk, Tartar, Celt, Avar, Frank, Russian, Roman, Jewish, Polish, Czech...

"Why are the men so ugly?" I said. His smile sagged. A female customer handling a wood-resin elephant smirked and said, "Because men are ugly everywhere." 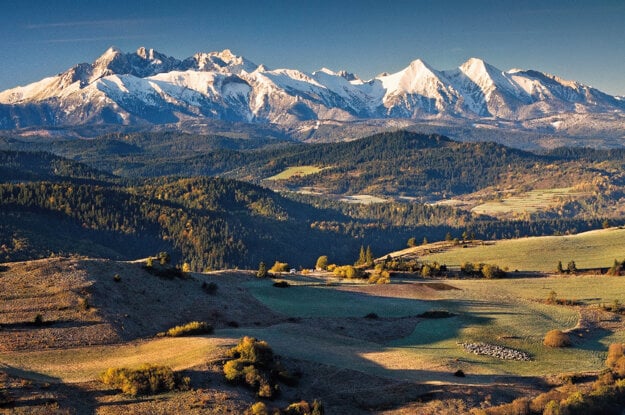