Increase in unemployment rate is worse than during financial crisis

Observers predict the number of jobless to keep increasing in coming months.

The monthly increase in the total number of unemployed people in April has been the highest in the country’s history.

This stems from a comment released by the analysts of the National Bank of Slovakia (NBS), which commented on the recent jobless numbers.

NBS analysts consider the increase worse than the worst months of 2009 when the country struggled with the financial crisis.

“However, thanks to the higher recruitment of staff in the past years the unemployment rate is still quite low, while the maximum from 2013 was nearly 16 percent,” they said, as quoted by the SITA newswire. 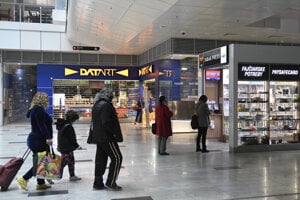 Related articleGDP drops as expected, next quarter will be worse Read more

Ľubomír Koršňák, analyst of UniCredit Bank Czech Republic and Slovakia, was surprised by the April increase in the number of jobless, admitting that they originally expected the growth to be more significant in May and June, due to the planned layoffs.

“The earlier increase might have been caused by a higher inflow of self-employed or temporary workers whose employment contracts are more flexible, and there are more possibilities of terminating work by agreement (so there is no notice period),” he wrote in a memo.