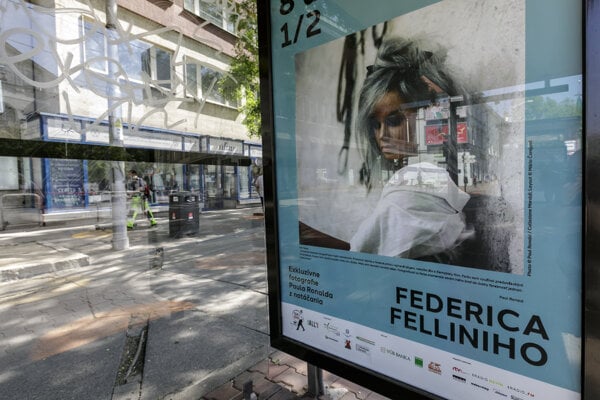 Italian film director Federico Fellini won four Oscars in the Best Foreign Language Film category during his career. One of the awarded films is called '8 1/2' - filmed in 1963, awarded in 1964. (Source: TASR)
Font size:A-|A+55

On May 19, 2020, the Dolce Vitaj Festival, organised by the Italian Cultural Institute in Bratislava, launched an exhibition of the unpublished photographs taken by Paul Ronald during the shooting of Federico Fellini's Oscar-winning film, 8½ (1963), on 50 city light billboards in the streets of Bratislava. The exhibition will run from May 19 to June 2. Source: TASR. 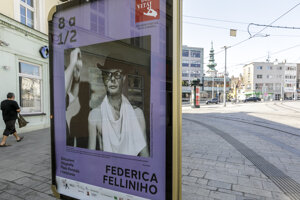 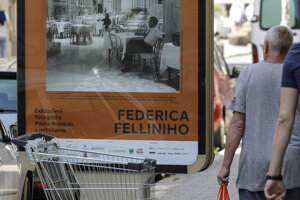 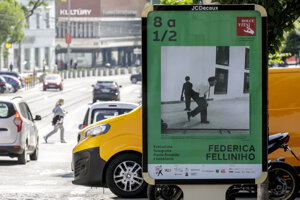 The waterfalls of Studený Potok in the High Tatras are a beloved tourist spot. They are accessible by routes from Hrebienok, Tatranská Lesná, Tatranská Lomnica and Starý Smokovec.

2. Beware of goats on a hike from Prosiek to Kvačany

Explore the Choč Mountains and its hidden treasures, including wooden bridges, ladders, and a waterfall. The route crosses through the Oblazy water mills where goats may steal your food. 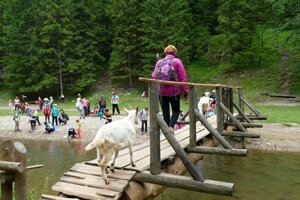 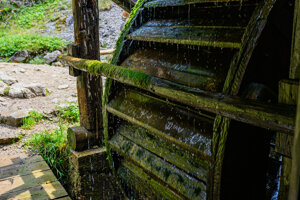 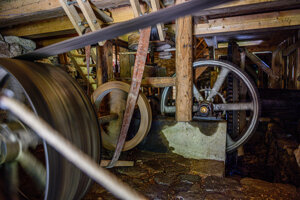 The Bachledka Ski & Sun mountain resort has imposed several measures. Fewer people are allowed in the cable car and on the treetop walk at a time.

Visitors can raft and rent bikes under strict measures. There are 15 wooden rafts available. All passengers should wear masks. 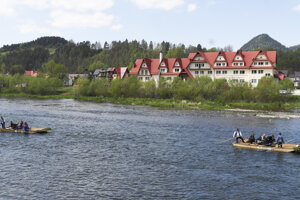 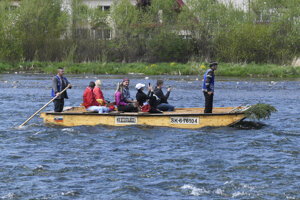 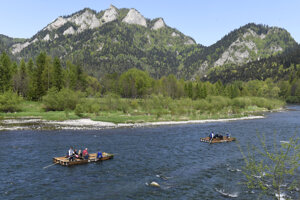 Wooden rafts back on Dunajec (10 photos)

5. Exploration of a new cave in the Kremnica Mountains (PHOTO)

The Diera nad Pastorkom cave can be found near the village of Kopernica. On the surface, there are two entrance openings underground. Speleologists measured a depth of 39.3 metres in the newly discovered cave.

The popular Slovak band Para released the song Good at Home (Doma dobre) 13 years ago. The group has recently re-released the track amid the coronavirus pandemic. Fans feature in the video that depicts their lives in self-isolation. Para will also play a concert outside residential buildings in Piešťany on May 25. The concert, organised by Grape Festival, will be streamed online. The company Orange will donate €1 for each spectator watching the concert online to organisations that help people with mental health issues.

Turn me on my side and I am everything. Cut me in half and I am nothing. What am I?

1| GoT: Slovak starred as the Night King

2| The importance of Bratislava’s Water Tower

The tower is part of Vydrica, an ancient settlement below Castle Hill demolished in the 1960s. It is believed that Bratislava would be nothing more than a small town without the tower. Today, a new centre, bearing the name Vydrica, is developing at the site. 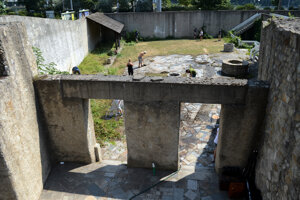 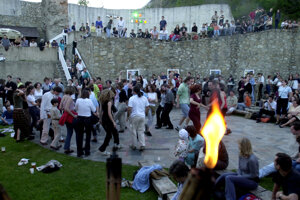 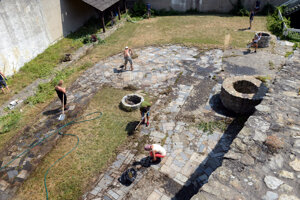 3| The Shop on Main Street: The film that won an Oscar

The only Oscar-winning Slovak film, filmed in the 60s, was almost not made at all. “The film is a very convincing call against any form of totalitarianism and violence,” film expert Václav Macek said.

The next Spectacular Slovakia Weekly will be published on May 29, 2020.