Opinions of ruling coalition parties as well as stores differ over the ban. 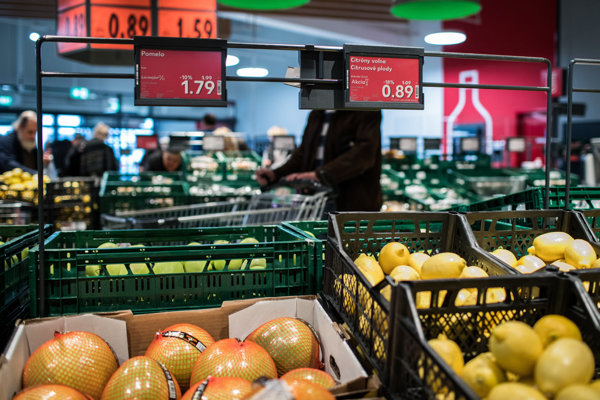 People stormed shops after the COVID-19 virus pandemic hit Slovakia in mid-March, accompanied by the closing of restaurants, hotels and many factories. In fear of what would happen and how long self-quarantine would last, they were buying pasta, rice, flour, canned food, bottled water and other groceries in bulk, leaving shelves empty. To reduce pressure on shops, the newly appointed cabinet of Igor Matovič (OĽaNO) declared on Sunday a sanitary day and ordered the closing of shops this day. It promised to lift the ban immediately after the emergency situation is over.

However, Matovič later changed his mind and now he would like to keep shops closed on Sunday to enable their employees to spend time with their families. His coalition partner Boris Kollár of Sme Rodina agrees with this idea and Juraj Šeliga of the Za Ľudí party can imagine a compromise, for example, in allowing shops to open until noon on Sundays. Richard Sulík, Economy Minister and head of the SaS party is strictly against arguing that the ban would restrict people’s freedom, harm the economy and stop people from earning extra money.

“Let’s not hinder people against doing what they want, whether going to church or shopping,” said Sulík for the TV Joj, adding that Sunday work surcharges are very high and many people want to work on Sundays.

While the coalition is discussing the ban, opposition parties – the former ruling Smer and the extremist ĽSNS – have submitted to parliament two draft bills banning Sunday shopping. Parliament will deal with them on June

The initial pressure to close shops on other days arose during the reign of Robert Fico (Smer). His cabinets extended the list of holidays that closed shops firstly in 2008. Then it was further extended. Since 2017 shops have been closed a total of 15.5 national holidays. Smer would have liked to have seen shops closed on Sundays, but economic prosperity and people’s appetite for shopping did not work in its favour.