Foreigners’ Police respond: Report by the ombudswoman not objective

Foreigners cannot require a servile approach of a state body and demand communication in English by default. 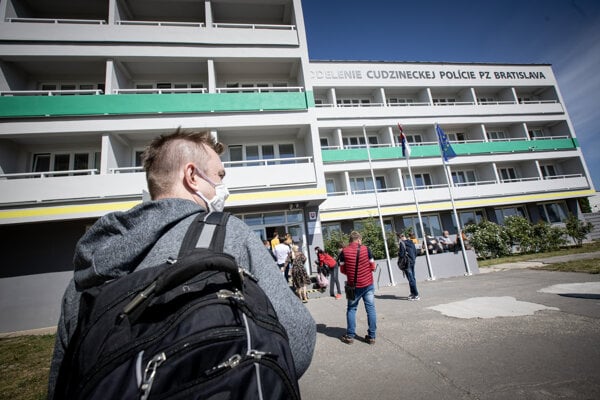 Read more about the findings the Office of the Public Defender of Rights reported about the Foreigners' Police in Slovakia.

In the report, the ombudswoman's office staff visit immigration offices in person and survey foreigners dealing with immigration authorities in Slovakia. They find several shortcomings, most reported in the media previously (unofficial waiting lists in front of immigration offices or the lack of language skills of the officers working in the departments). The report issued a number of recommendations.

The Foreigners' Police maintains the report is focused on certain aspects of handling foreigners' administrative work, and as such does not provide a full picture of the demanding activities the Foreigners’ Police has to conduct while providing its services. The Foreigners' Police wrote the aforementioned in its statement provided to The Slovak Spectator, identical to the letter it sent to the ombudswoman's office earlier this week in response to her report.

At the same time, the police perceives it as a positive evaluation that there is no mention of any discrimination practices, fundamental rights or human dignity violations in the report, neither violations of the law on protection against humiliating treatment from the state bodies. The police in their letter pointed to the number of improvements made in recent years, like the electronic appointment booking system, and declared the intention to continue if finances allow.