Norbert Bödör, accused of money laundering, was first released by the Specialised Criminal Court. The Supreme Court has overturned the decision. 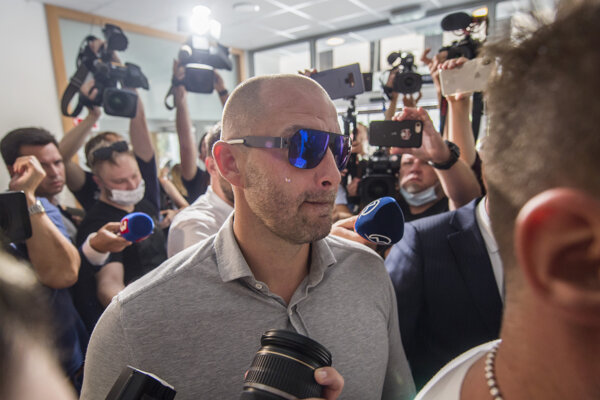 The Supreme Court has taken Norbert Bödör into custody after its July 9 public session.

It accepted the complaint of the prosecutor against the earlier decision of the Specialised Criminal Court which released Bödör, an alleged Smer sponsor who has been in contact with mobster Marian Kočner according to the Threema messages found on the latter’s phone during the investigation of the Ján Kuciak murder, on July 5.

The decision is now valid.

The Supreme Court based its ruling on the testimonies of two other people detained in the Dobytkár (Cattle Breeder) case, in which Bödör faces charges for money laundering.

“These two have uncovered and clarified a monstrous corruption case, the like of which Slovakia has not seen in its history,” said senate chair Martin Bargela, as quoted by the Denník N daily. “It was a mega-machine of corruption and money laundering; something unbelievable.”

Bödör was taken to a prison in Žilina shortly after the verdict was issued, Denník N wrote.