Slovakia sent a signal with the gesture. 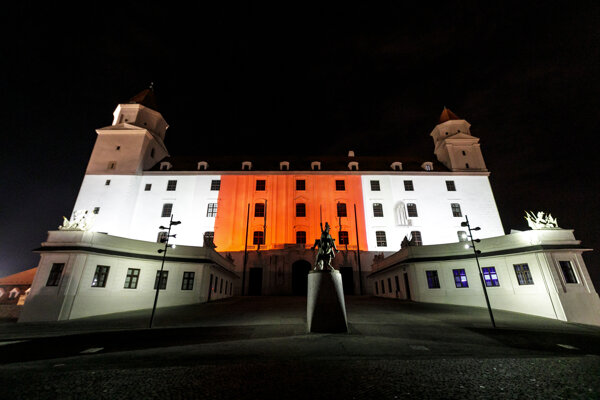 Two landmarks of Slovakia’s capital, Bratislava Castle and the Presidential Palace, were illuminated in white and red to show support towards people protesting in Belarus against the re-election of President Alexander Lukashenko. 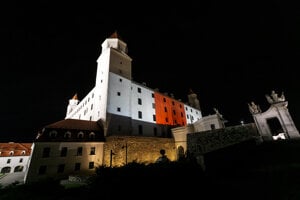 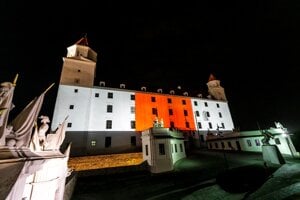 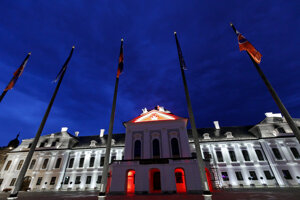 Bratislava Castle and Presidential Palace in red and white (5 photos)

“The people of Belarus went out to the streets to freely express their opinion,” President Zuzana Čaputová wrote on Facebook, adding that the response from the ruling power was violence, detentions and persecution. “I consider it right and necessary to express support to everybody who stood up in Belarus to defend fundamental rights and freedoms, also at the cost of their own safety, health, and even life.”

It is our moral duty to condemn the reprisals, also by adopting measures against those who issued orders to use violence and manipulate election results, she added.

By illuminating the landmarks, Slovakia has sent a clear signal that it is thinking about all the people fighting for freedom and democracy in Belarus, said Speaker of Parliament Boris Kollár during the illumination of the castle on August 18.

“With this symbolic gesture, we express solidarity with the Belarusian nation currently in revolt against dictator Lukashenko, who has flagrantly breached all human rights,” Kollár added, as quoted by the TASR newswire.

Earlier on August 18, a group of 58 coalition MPs and nine MEPs signed a declaration titled We Stand for a Free Belarus.

They said the recent presidential election in Belarus had nothing to do with democracy.

“The people of Belarus have the right to live in a free and democratic country,” said SaS MP Ondrej Dostál, as quoted by the SITA newswire.

The cabinet unanimously adopted at its August 19 session a statement on Belarus, calling on the ruling representatives to end violence.

Thank you for singing up. Shortly an email will be sent to the address you provided to verify your e-mail.
Error! Please try to register again later, your e-mail was not registered.
Your email is not in a correct format.
Please confirm you are not a robot.
Share on Facebook (411)Comments disabled