The ban on civilian flights to red countries lifted 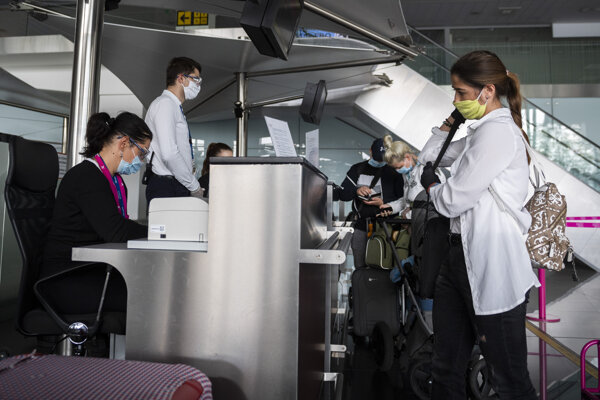 The ban on civilian flights has been completely lifted.

Starting on September 7 midnight, flights to and from the countries on the red list will be allowed again. They will have to follow strict anti-epidemic measures, the central crisis agreed at its August 25 meeting.

They will also have to follow valid instructions issued by the Public Health Authority.

Peter Visolajský, chair of the Medical Trade Unions Organisation and member of the central crisis staff, called on people to be careful and, if possible, avoid travelling by plane. This kind of transport is still very risky, he said, as reported by the SITA newswire.

The Bratislava airport has already reported on restoring the regular flights from countries still on the red list. This includes Russia, Ukraine, North Macedonia, the United Arab Emirates and Serbia.

Pobeda will relaunch the following flights:

Flydubai will restore the following flights:

Ryanair will relaunch the following flights:

New form for transits through Austria

Meanwhile, the Interior Ministry has announced a new form that needs to be filled when transiting through Austria.

At the same time, it reminded the public of medical checks, including measuring body temperature, carried out at the borders at certain time intervals.