She arrived first, was offered 65th on an unofficial list

Having to endure constant harassment and pressure from people around was also emotionally draining, a foreigner talks about her night in Vajnory. 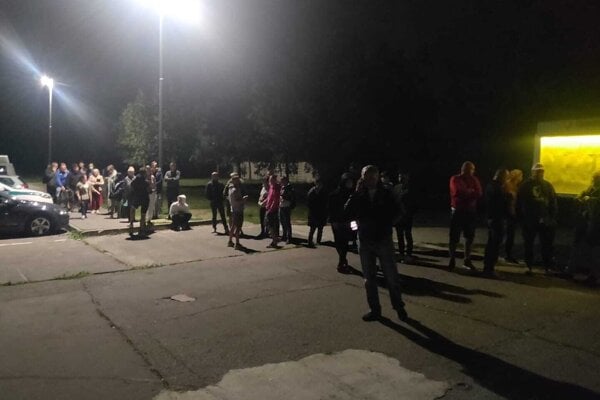 Gizem Sariaslan went to the Foreigners' Police to handle a regular issue. Waiting from around eight since the previous night, she spent the whole night at Regrútska in Bratislava. Soon after she arrived, people organising unofficial waiting lists tried to make her sign up. When she refused, she was in for what she describes as a night of harassment.

After she posted about the incident on a Facebook group of foreigners in Bratislava, she found her experience shared by many. In an e-mail interview with The Slovak Spectator, she gives more details.

The Slovak Spectator (TSS): What was the purpose of your visit at the Foreigners' Police?

Gizem Sariaslan (GS): To submit my application for permanent residence for five years.

TSS: Did you try the online booking system?

GS: We tried applying online, but there were never any available times. We checked regularly and it wasn’t until recently (in the last 1.5 months) that we began seeing dates we could choose.

There is one issue I saw with the system: if I made any errors in the first section of the system, such as forgetting to fill in a field, and clicked to continue onto the next section, I would be rejected from continuing, but my info would get saved with the date I chose. This did not mean I had a reservation though – it just meant I could no longer continue with my current reservation or create any new ones. 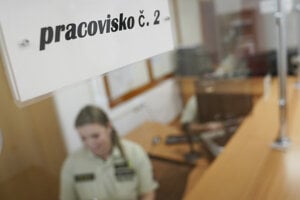 TSS: You arrived at the Bratislava department of the Foreigners' Police on August 27th. Could you describe how the situation looked upon your arrival?

GS: I arrived at around 20:00, and I was alone and first in front of the door to the building. There were some people in the visitors' parking area.

TSS: When did other people start appearing?

GS: One man arrived on the same bus, but he went to the parking lot first. He came to where I was standing afterwards and told me I should sign the list. For about 1.5 hours, we were the only two people there. Around 22:00, a larger group showed up of about 13-15 people.

TSS: Someone tried to persuade you to put your name on the waiting list they created. How did the interaction with them go?