More than a hundred organisations from around the world warn against new barriers to access to abortion care in Slovakia. 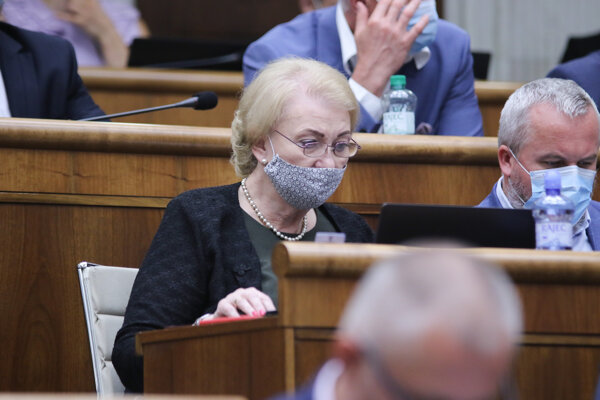 International human rights organisations are calling on Slovak MPs to not limit reproductive rights in Slovakia as the parliament prepares to vote on abortion-related legislation that may be passed after repeated unsuccessful attempts in the past.

The amendments, proposed by a group of MPs around Anna Záborská, of the conservative wing of the ruling OĽaNO, have been passed into the second reading in the parliament prior to the summer break. On September 8, a different group of ruling coalition MPs surrounding Jana Cigániková of Freedom and Solidarity (SaS) are expected to present their amending proposal to the proposed amendments of Záborská.

Meanwhile, 111 international non-governmental organisations addressed an open letter to the Slovak MPs, expressing their deep concern regarding the current threats to reproductive rights in Slovakia. 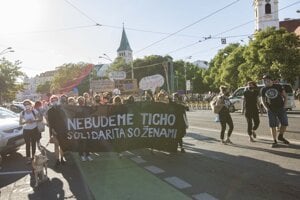 The draft legislation that the parliament is debating, if adopted, would impose new barriers to accessing lawful abortion care, harm women’s health and well-being, and undermine their decision-making and privacy, the letter reads.

“It would also force doctors to act in conflict with their professional obligations to their patients,” the signatories of the letter stated. “If enacted, the legislation will create dangerous, chilling effects on the provision of lawful abortion care in Slovakia and increase the harmful stigma surrounding abortion.”

The letter signed by international organisations, including Amnesty International, Human Rights Watch, Women Global Network for Reproductive Rights and others, pointed out that the draft legislation seeks to double the mandatory waiting period currently required before accessing abortion on request and extend its application.

It would also impose a new layer of medical authorisation requirements for abortion on health grounds and introduce a requirement obliging women to state the reasons for seeking an abortion and to provide other private information when requesting an abortion.

Such information would then be passed on to the National Health Information Center (NCZI) which collects statistics about health care in Slovakia.

The draft legislation also seeks to restrict the information that medical professionals can provide publicly about abortion services by prohibiting abortion “advertising” and strengthen the dissuasive nature of the mandatory information doctors are required to provide to women seeking an abortion.

“Our organisations are deeply concerned by these proposals,” the letter reads. “If adopted, they will harm women’s health and well-being and contravene international public health guidelines, clinical best practices and Slovakia’s international human rights obligations.”

Thank you for singing up. Shortly an email will be sent to the address you provided to verify your e-mail.
Error! Please try to register again later, your e-mail was not registered.
Your email is not in a correct format.
Please confirm you are not a robot.
Share on Facebook (137)Comments disabled