Unusual subjects are part of the curriculum in Slovak schools

Some schools have introduced falconry, other students learn about astronomy. 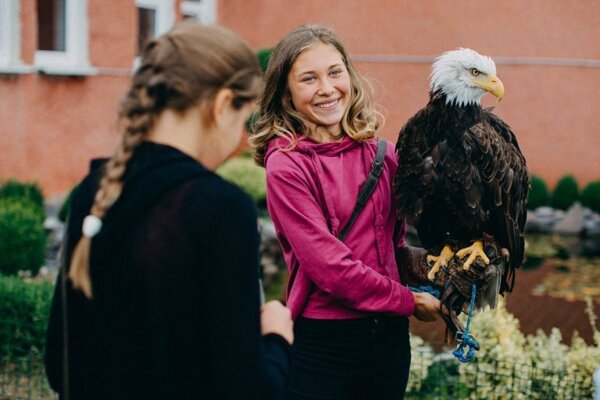 Maths and other subjects have long been a steady part of school curriculums across Slovakia, but pupils also study unusual subjects in primary and secondary schools.

Students are learning more about folklore, life, astronomy, falconry, consumer education, legal education, and eco-mathematics. However, the Education Ministry does not possess a complete list of non-traditional subjects, as reported by the TASR newswire.

This is because schools and local governments, which approve their introduction to the curriculum, follow their own educational programmes alongside the national one.

Within their programmes, schools can either create their own subject or adopt one created by someone else, or they can use free lessons to improve the way they teach compulsory subjects, the ministry said.

The primary school in Štiavnické Bane, near Banská Štiavnica, is unique in that falconry has been a compulsory part of the curriculum since 2009.

“Pupils are not only educated in this subject, but it also indirectly motivates them to choose their future profession,” said the ministry, as quoted by TASR. Some even go on to study at veterinary schools.

At the primary school in Klátová Nová Ves, near Topoľčany, sixth graders study astronomy once a week. Latin is also taught at several schools.

The ministry underlined free classes available to schools should always be thought out to ensure they contribute to improving the quality of pupils’ education.