The country's first all-female team to swim the Channel trained in Slovakia during rain and storms. 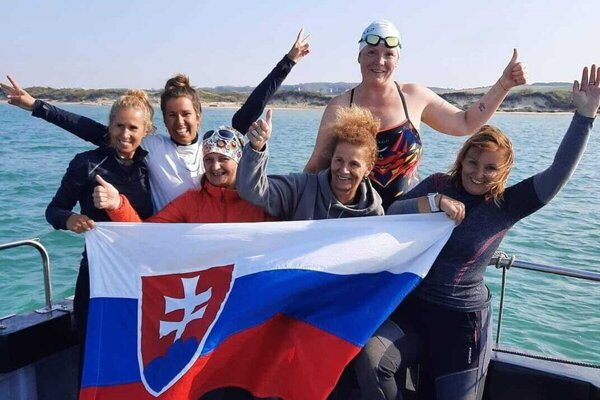 Each of them had the same fear at first, praying not to become the person who would ruin their relay swim across the English Channel.

Undefeatable waves, exhaustion or uncontrollable nausea could mean the swim would be over. They had to take turns after exactly an hour, not a minute less, otherwise the relay would not have been successful.

It is now clear that the six Slovak women, most of whom are in their forties, will go down in history. Zuzana Vančová, Zuzana Jusková, Zuzana Szabóová, Táňa Chudá, Nina Chudá and Soňa Rebrová were the first women's relay team from Slovakia to swim across the cold-water of the English Channel, a feat they achieved on September 22.

Thank you for singing up. Shortly an email will be sent to the address you provided to verify your e-mail.
Error! Please try to register again later, your e-mail was not registered.
Your email is not in a correct format.
Please confirm you are not a robot.
Share on Facebook (729)Comments disabled